My costume inspiration came from watching Finding Nemo with my niece a few weeks ago. She imitated Darla by saying “wake up fishy” and “I’m a piranha” and snapping her teeth. I told her she could be Darla for Halloween and she made a face, said she didn’t want to do that, but that I should. So I did! I couldn’t leave out my pup, so I dressed her as Nemo. 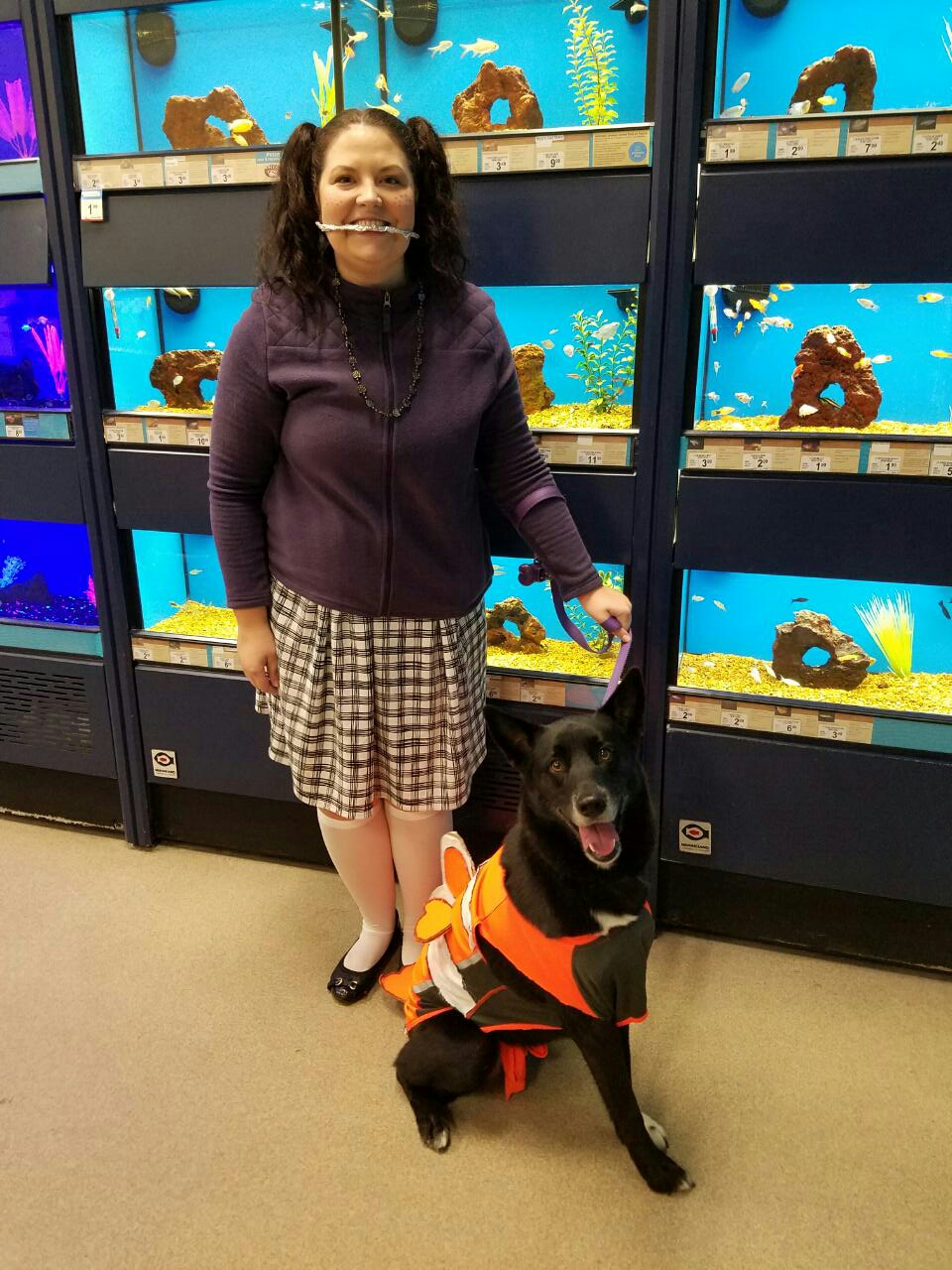 This is a DIY costume, which I had so much fun constructing. For the Nemo costume I used an orange shirt as the base, then cut up a white shirt and hot glued the stripes on. For the fins, I used cardboard to make them stiff, then covered them with excess orange shirt scraps. Total cost was $4 for the orange shirt. Everything else I already had! 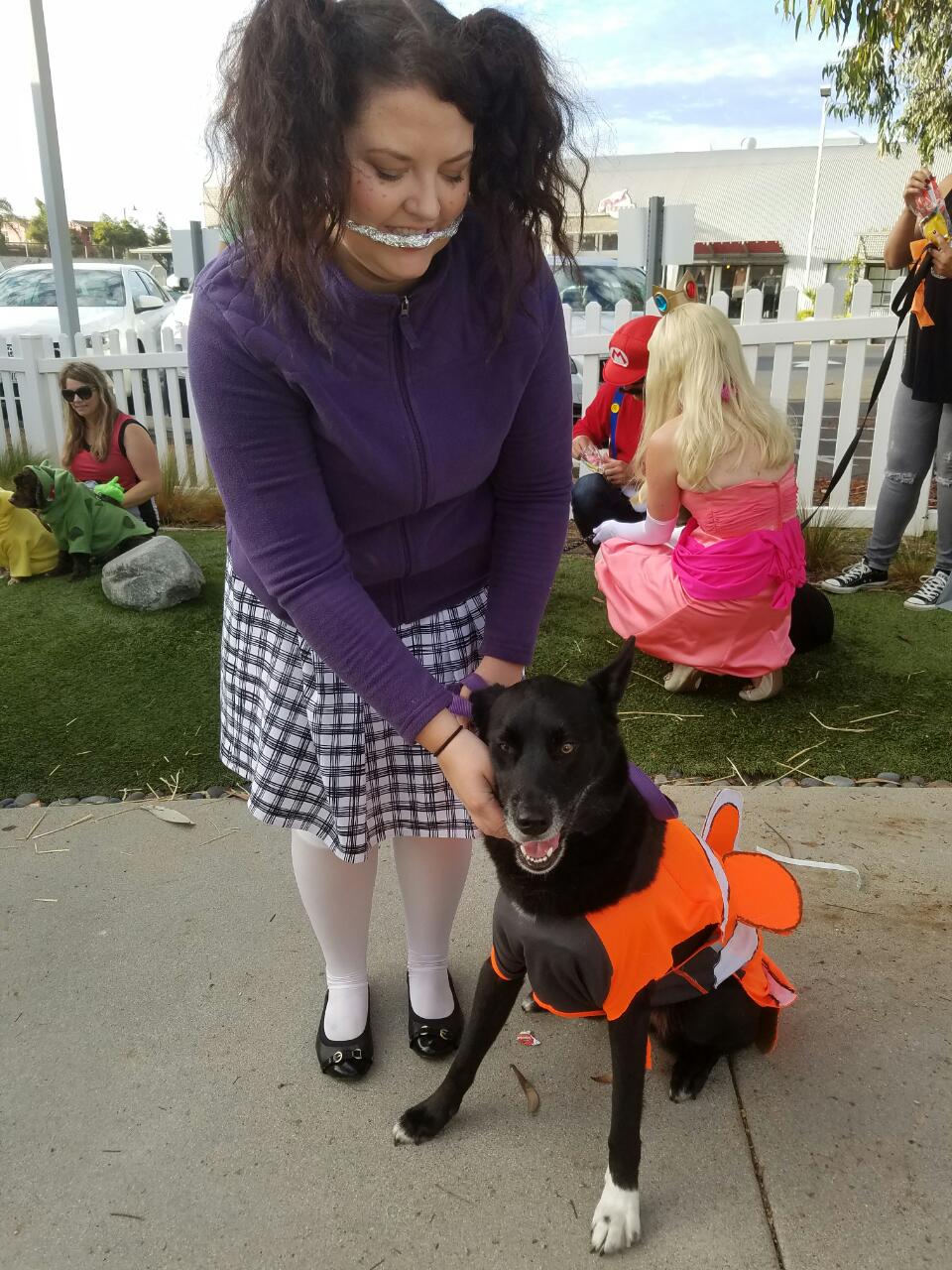 The Darla costume was assembled from clothing I already owned. The only accessory I added was the head gear, which I made from a wire hanger and aluminum foil. Total cost: FREE! 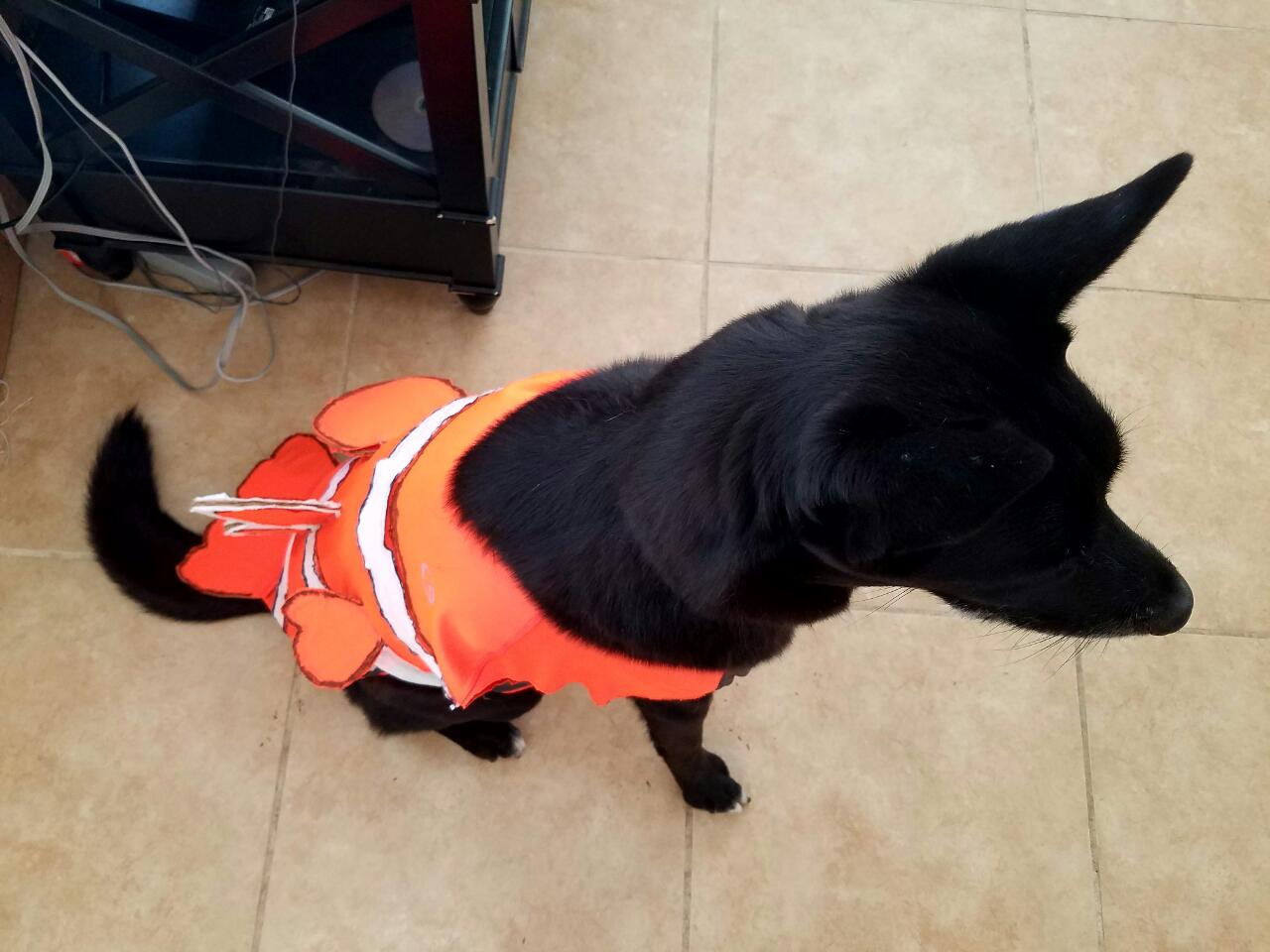 Wake up fishy! costume submitted by Cassandra B.