There is a WHOLE story behind these costumes. I’m (Katelyn) dressed up like Dr. Frank N’ Furter. Shawn (My fiance) is dressed up like Rocky. I’ve loved The Rocky Horror Picture Show since I was a kid (start them off young, right?).

I’ve always been a huge fan of Dr. Frank N’ Furter. When Shawn and I started dating, and started dressing up for Halloween, I always suggested Frank & Rocky. Shawn had never seen the film, but he wasn’t super into it because of the whole drag queen and musical factor (he hates musicals). So of course the idea would get shot down, Shawn also wasn’t too keen on the idea of running around in a gold speedo for Halloween. I FINALLY got him to watch the film with me. He didn’t hate it! He said “It wasn’t as bad as he thought”. I of course was ecstatic.

I could slowly ease him into dressing up with me again. A friend of mine suggested that Shawn dresses in the wraps that Rocky is seen in when he’s introduced in the film. Shawn was all for it. This literally took me five years, and a friend to convince him to do this! 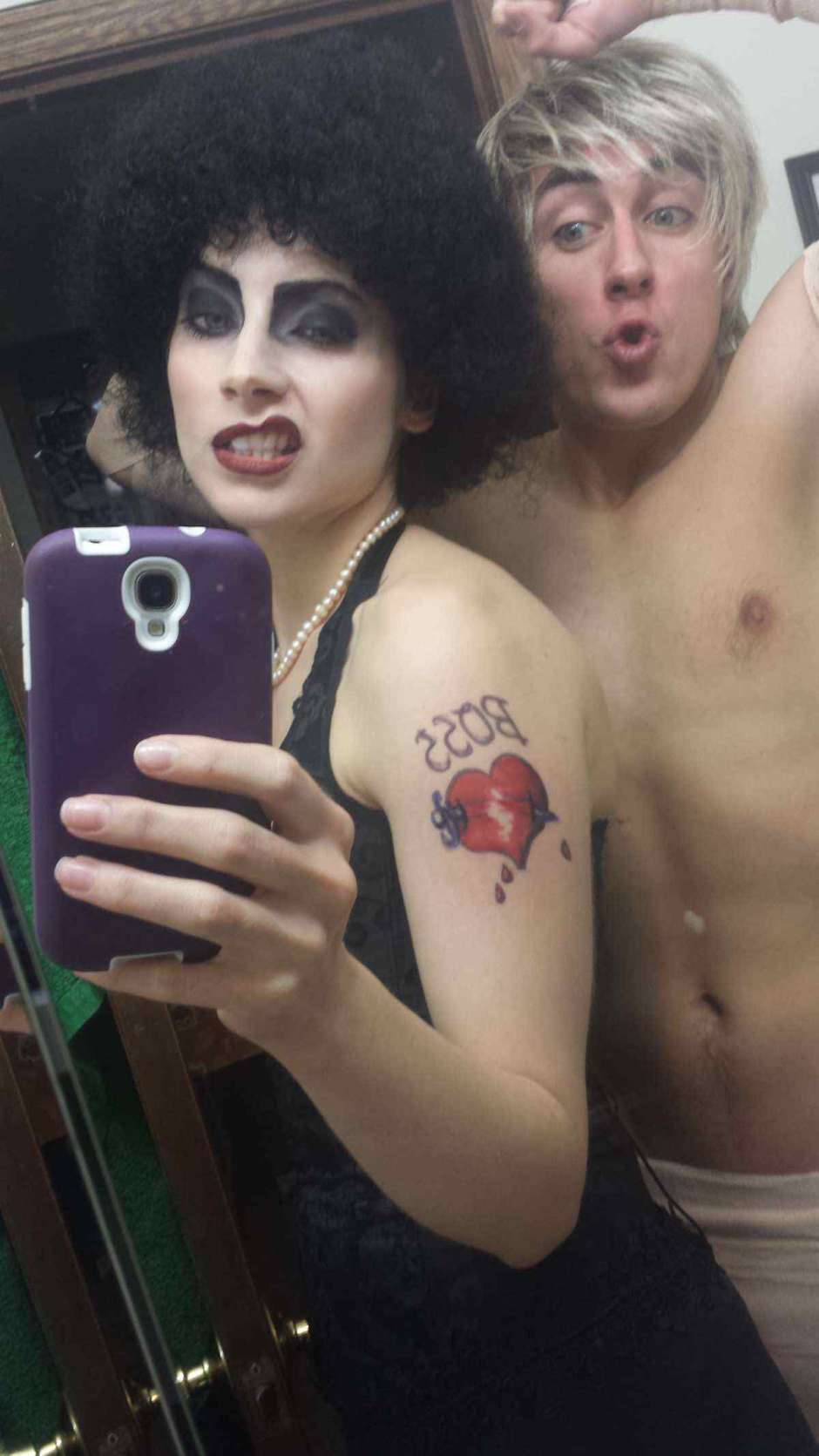 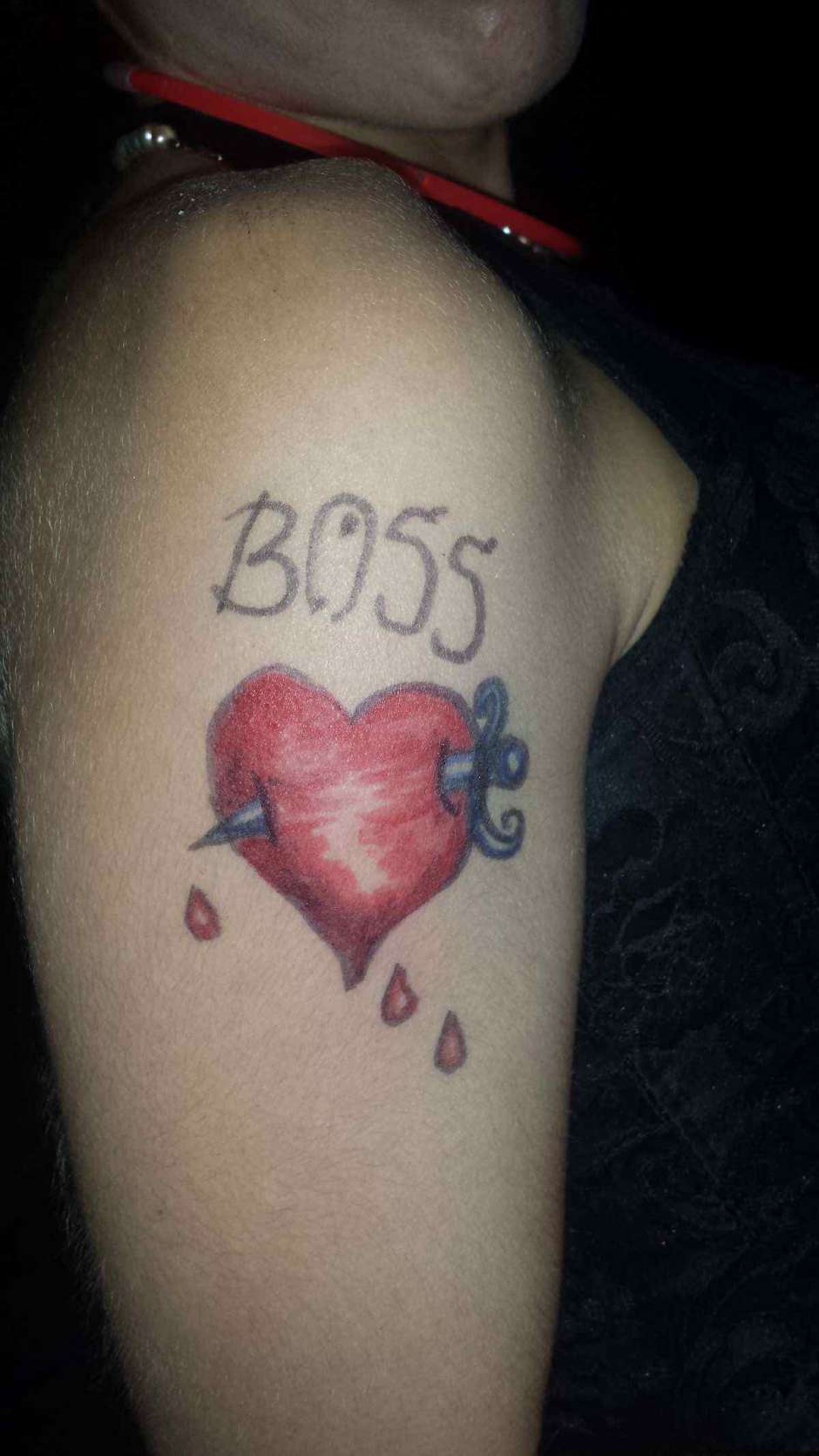 My costume was random stuff that I had in my closet, the leather jacket, corset, stocking, hot pants, and heels. I did have to go to a costume store for the wig. The makeup was done by me, it’s probably the best makeup I’ve ever done. Shawn drew the “Boss” tattoo, I think it’s pretty spot on.

Shawn’s costume basically came from the dollar store. He went in there and bought 30 rolls of gauze in order to achieve that look. He already had the wig from his Link outfit.