For Halloween this year my boyfriend, his friend, his friend’s girlfriend and I decided to go as characters from the popular tv show “Arrow.” The show is based off of the DC comic Green Arrow. The characters that we went as from the show are (left to right) Black Canary, Green Arrow, Arsenal (Red Arrow/Speedy), and Felicity Smoke. In order to make these costumes we had to purchase quite a bit of material such as leather jackets, pants, masks, shoes, etc, from Goodwill. It ended up costing about $100 total for all the costumes. 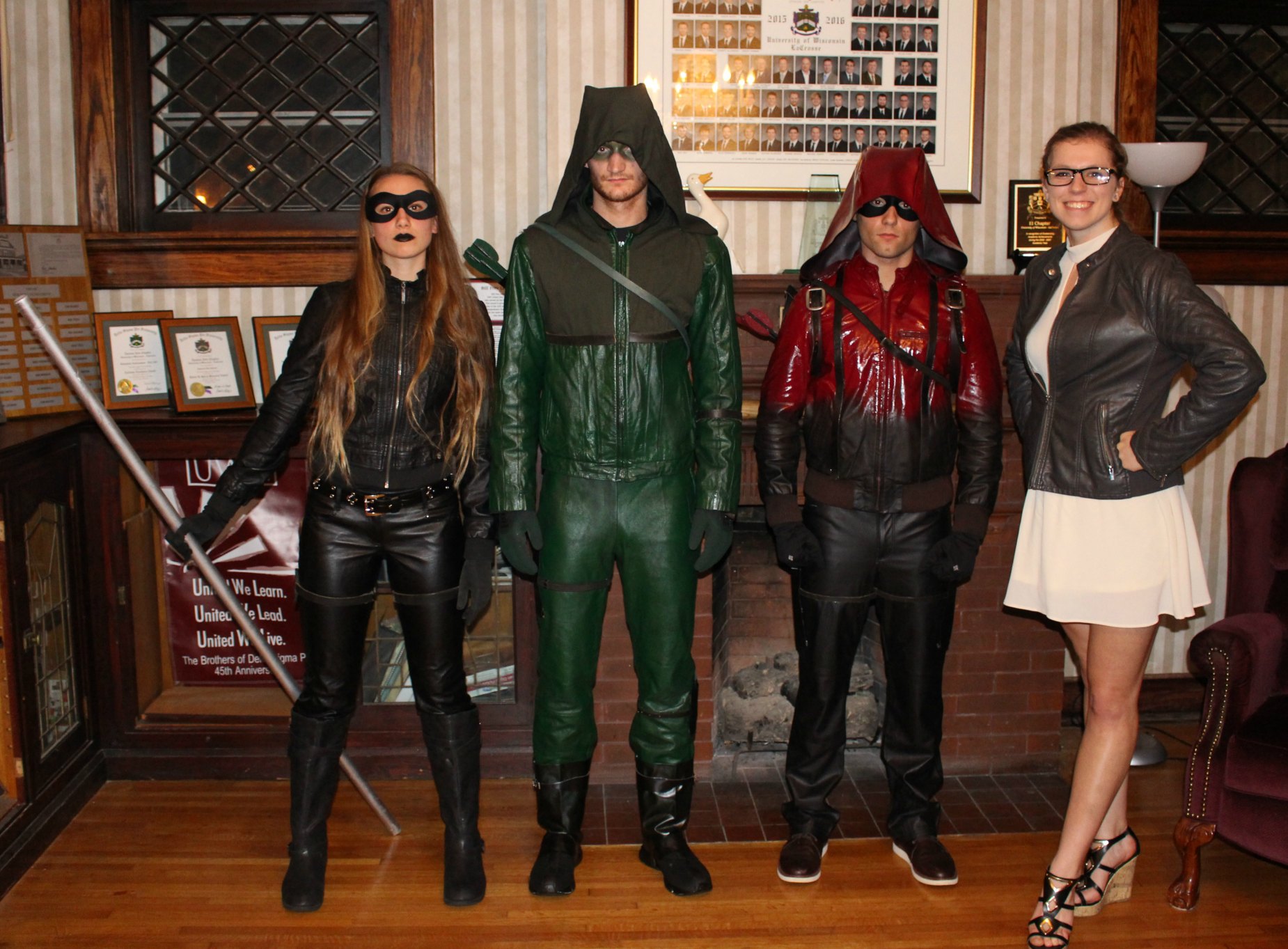 I was able to find some other materials around the house like spray paint, fabrics, glues, straps, etc. Once I had all the material together I got to work gluing, shaping, and spray painting the costumes. Anything that I had to attach to something I used either hot glue or super glue. I was able to make them in the art building on my college campus where I have access to a wood shop and a spray painting booth. It took quite a bit of time but I had fun doing it. We ended up going to some Halloween parties over the weekend and we got to finally show off the costumes. People were so surprised and delighted by them. People that knew the show were geeking out over them, It was really funny to watch. One person told us that our costumes were very intense, but in a good way. Overall the costumes were a hit and we got a lot of complements. We had gone out to eat in them and our waiter was actually telling us how he thought they were so cool because he watches the show. (That may have been my favorite part.) My boyfriend told me that he doesn’t care what I go as, but every Halloween from now on he will be going as the Green Arrow. 🙂