Pretty much had all the clothing for the outfits. I am wearing Mary Poppins And my fiancé is wearing Bert. We used clothes we already owned, – chimney sweep by father owned. I bought a black hat and added daisies. Lastly I bought a black umbrella and used felt and made the parrot head that she has on her umbrella. 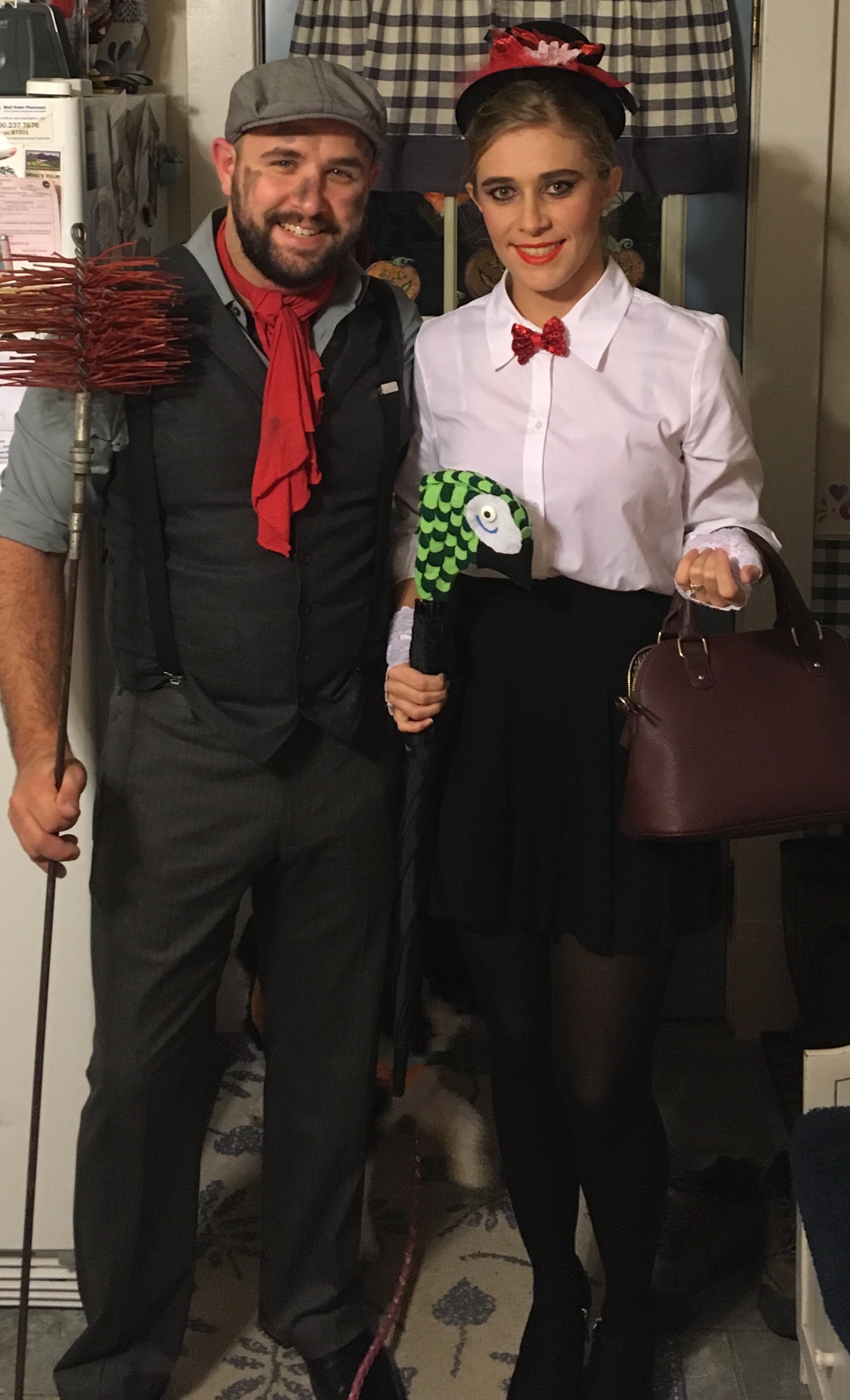 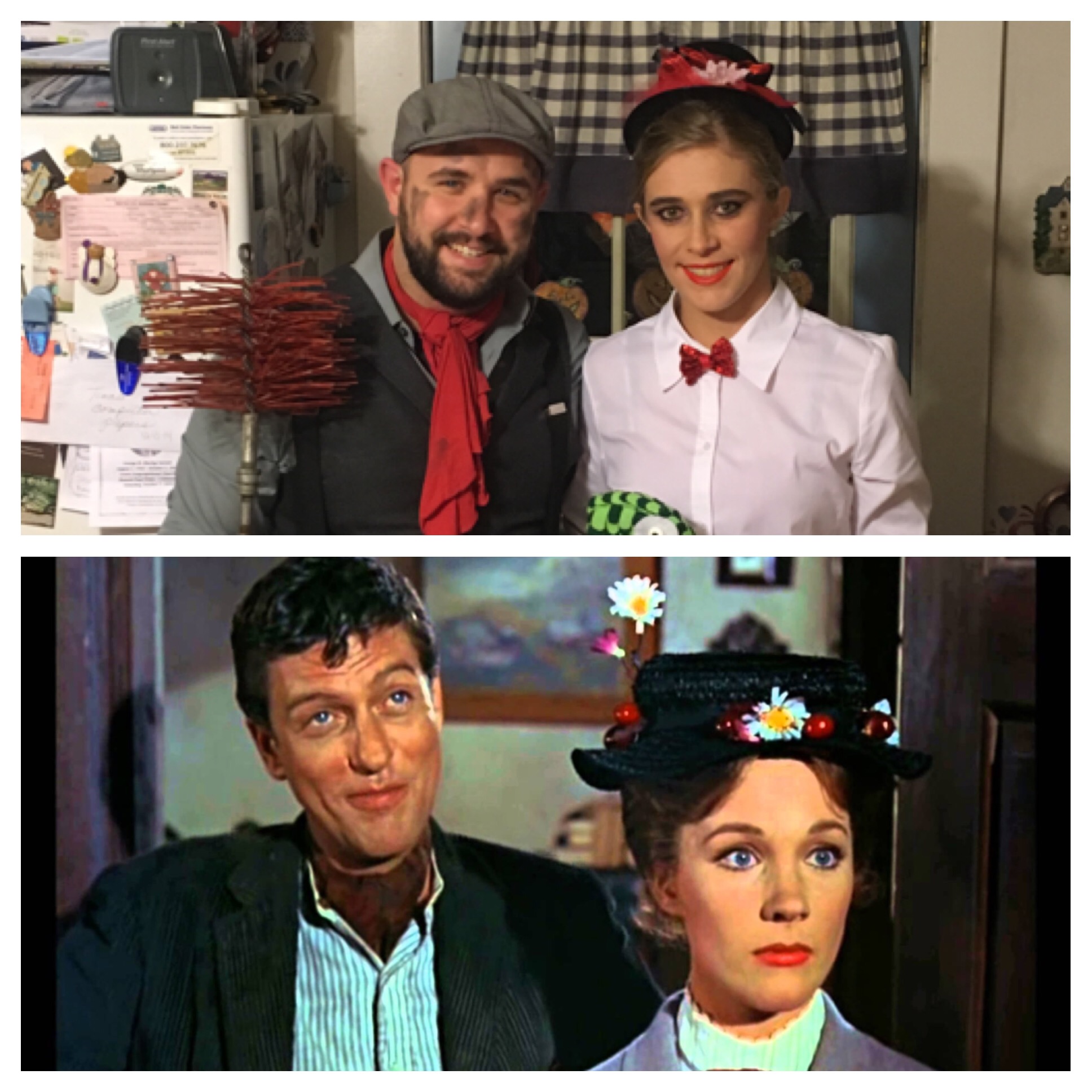