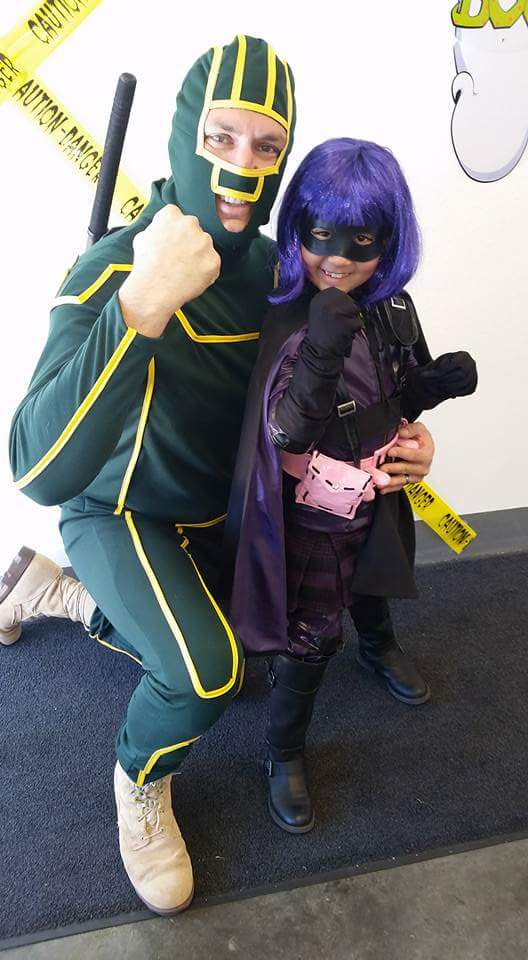 The Hit Girl costume had every detail from the skirt to the leather pants and jacket to the cape and utility weapons belt. And just like all our other costumes, is always about the accessories. We bought the toy weapons from the dual swords for kick Ass ti the staff and grenades for Hit Girl…and you can’t forget the purple wig! 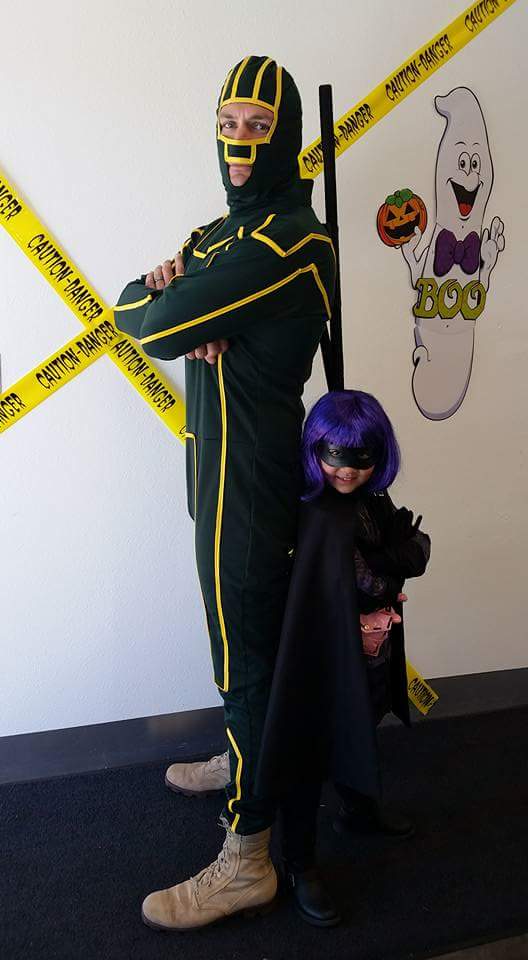 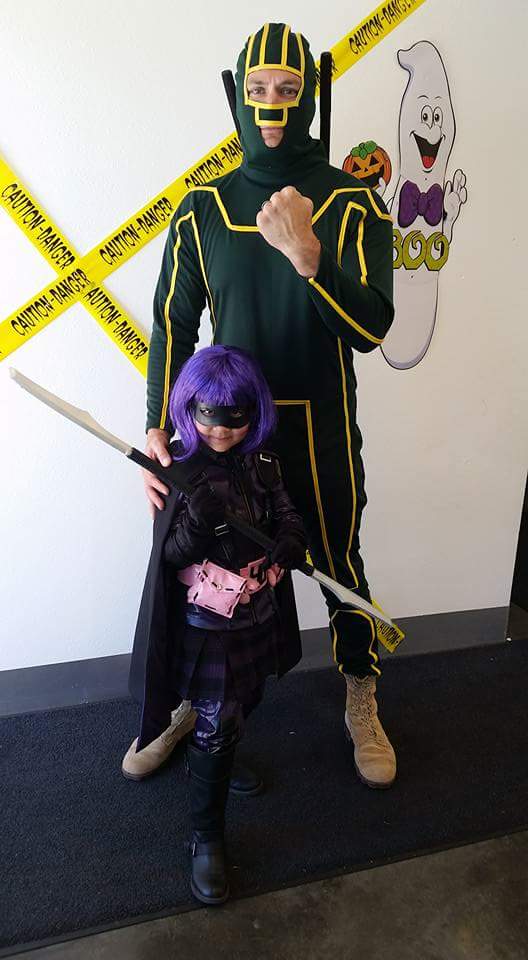