My husband and I took a sexy spin to the Star Wars characters, Jango Fett and Chewbacca. We made Jango Fett a pimp and Chewbacca his working Wookie. The sexy Chewbacca costume is from the J Valentine line. But it was the Jango Fett costume that we got creative with, as we transformed it into Pimp Jango Fett. 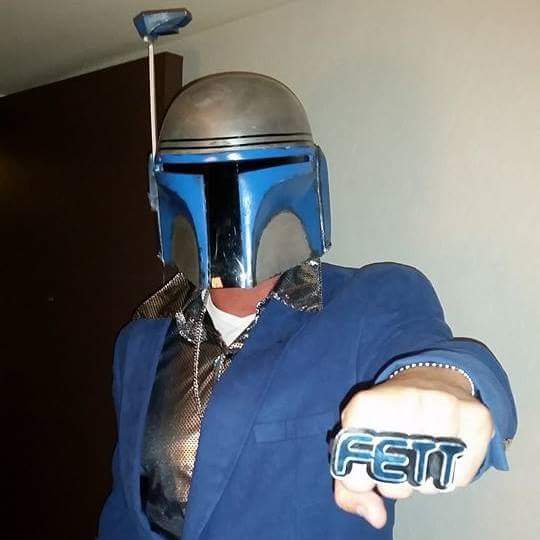 We picked up the powder blue slacks and blue suede jacket from a thrift store. And no suit is complete without a snazzy pair of blue faux alligator skin shoes. The suit was worn with a metallic disco shirt. But this costume was all about the accessories. My husband went to a leather store and purchased everything he needed to custom make his own leather thigh holsters for his blaster pistols. It took him hours to handcraft his holster.

To try and authenticate his guns as best as possible, he purchased the plastic toy blasters for Jango Fett, but then painted them silver and gold. The helmet was perfection. Borrowed from a friend of ours who belongs to a group called the 501st Legion where they do charity work and appearances in full Star Wars gear. The helmet had dents in the right places and looked like it was straight from the movie set. The finishing touch was the custom made to order pimp FETT ring ordered from China. This 4 knuckle ring was the last detail that almost didn’t get delivered to us in time. Literally received it the day before. 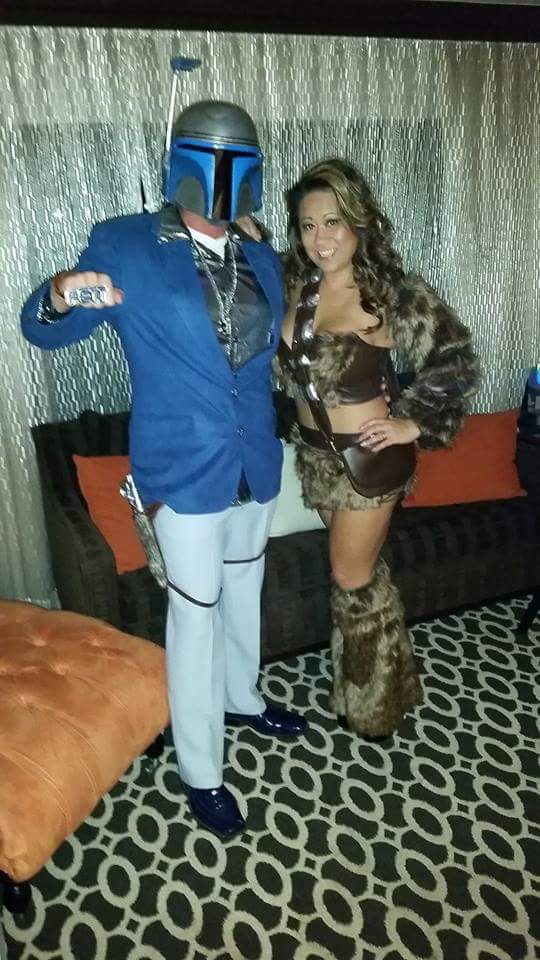 Halloween is our FAVORITE costume, and this one was by far our most creative one!