Hi, my name is Jonathan. I’m 15 years old I am homeschooled. I have always done some pretty killer dyi costumes in the past, but this years costume is my new favorite. I love the star wars movies and i also play the game star wars battlefront on the playstation. That inspired me to make a costume of an At- st, the two legged vehicles from star wars.In the picture is me in my AT-AT costume. 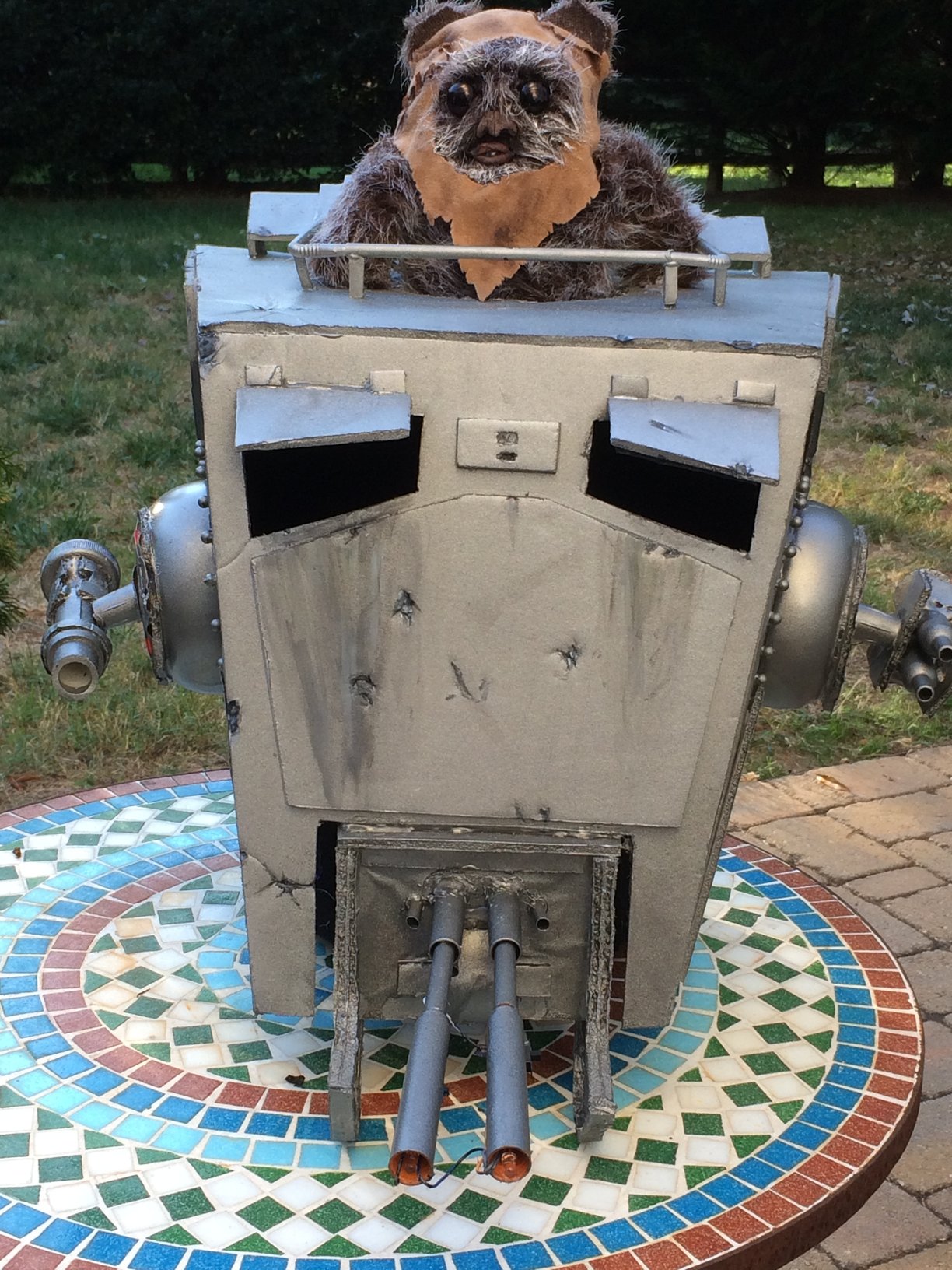 I made this costume using foam board from school-supply stores for the head and all the details on the costume with a wooden frame for the legs. I made the ewok on top of the At-st using a Daniel Boone hat i found wrapped around a Styrofoam ball and a coffee cup. I also used beads, poster board, plastic bottles from the recycling, Expo markers for the guns on the side, and almost anything I found around the house all spray-painted silver. Also, the single tube off the side of the head has an LED and the two guns on the front of the head have two LEDs in it to mimic the lasers they shoot in the movie. The costume is fully mobile and the only limitation is it is a little heavy on the backpack, but then I’m only 15 so maybe stronger adults would have no problem. I did this all by myself, with the only exception of my Mom driving me to stores and my dad cutting the wooden boards for the legs. I bought all the material with my own money and it did not total more than $100. I would be so honored if I won this contest or if anyone wanted to make something like it! 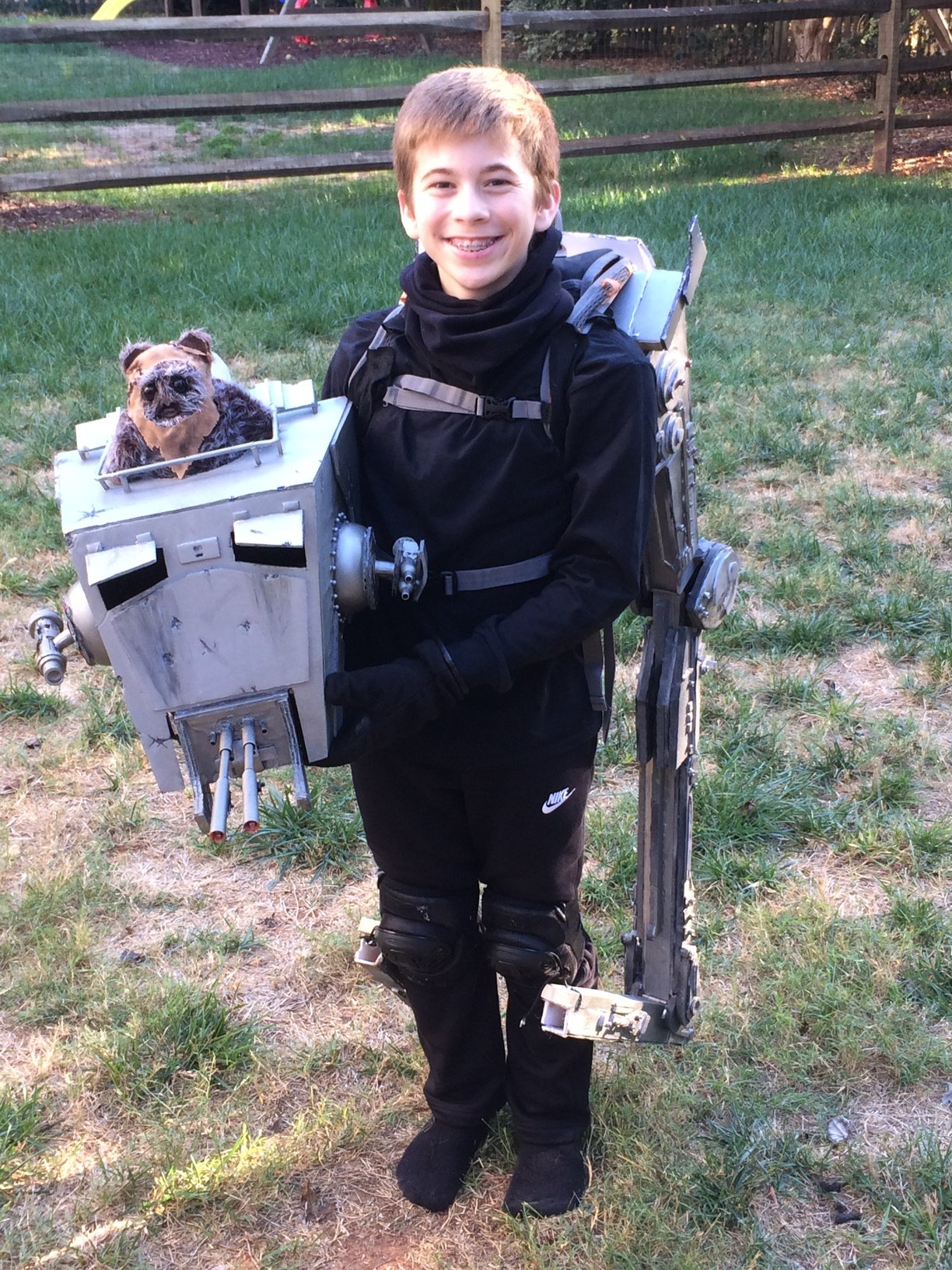