We were able to have 4 people inside of the costume- my 2 sisters and brother. It was about 9 ft tall and 5 ft wide. We bought Eva foam blocks off of Amazon, and locked them into a circle 3 high. We then taped them at the seams. Second- we cut out the shapes of the face and built it up a few blocks high. We used hot glue to hold it together. We eventually had to use bailing wire to hold it down, because it kept popping off. You can see where it started to do that in the night time picture. We then used a dremmel tool to make the lines in the “wood”. We also used this to smooth down the edges. For the paint we did the first coat in latex paint, and then used a brown acrylic house paint. For the details we just used small cheap acrylic paint bottles. For paint brushes we preferred the foam rollers and foam brushes. It gave it a cool texture. We cut the eye hole out in the middle and used netting to cover it. 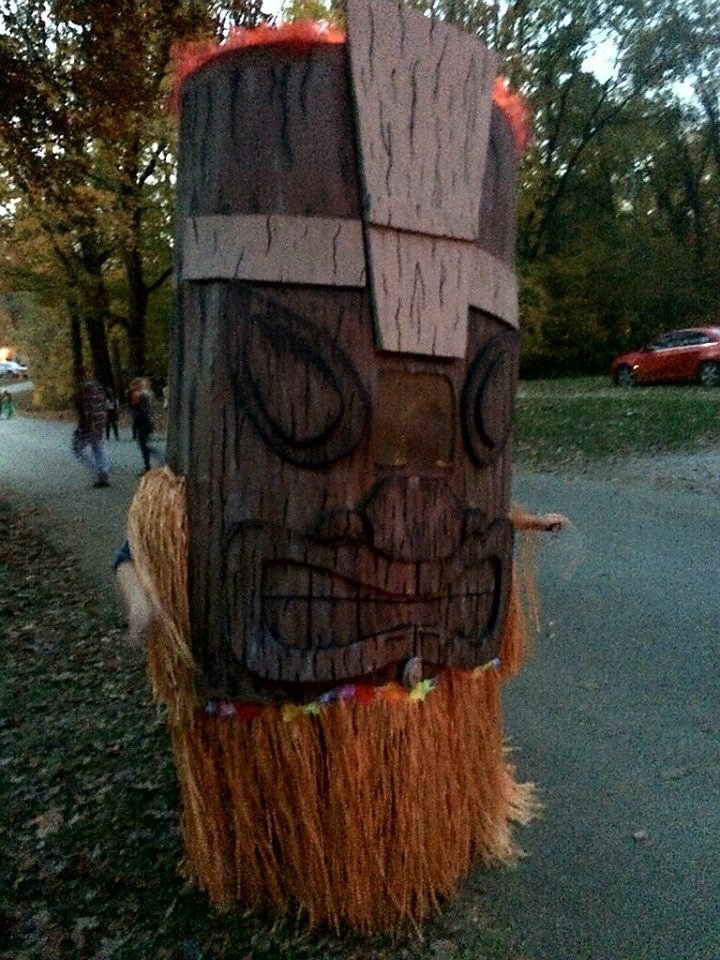 We took 3 table skirts we bought on Amazon and fitted it to the costume using bailing wire. We also put it around the arm holes. Since it was a little windy for the Halloween night we were at we used the bailing wire to hook 3 pvc pipe hoops to the inside of the costume to help it keep it’s shape. For the fire we glued red netting and orange silk to the top. We bought tiny string lights and glued them to the inside of the costume to light up the “fire”. We also zip tied a small speaker to the top of the costume and played Hawaiian drum music through our phone. We aren’t going to lie it was a LOT of work. It cost about $200, and took us approximately 30 hours to complete. Expect burned fingers from the glue gun, and some frustration along the way. The bailing wire was definitely helpful, and we should have done that all the way around instead of the glue. I think it would have saved some time as well. For something this big I would go with more paint than you think you will need. We had a quart and could have used more. I also would have liked to have had our fire bigger. It was all worth it and a lot of fun! We would do it all over again! 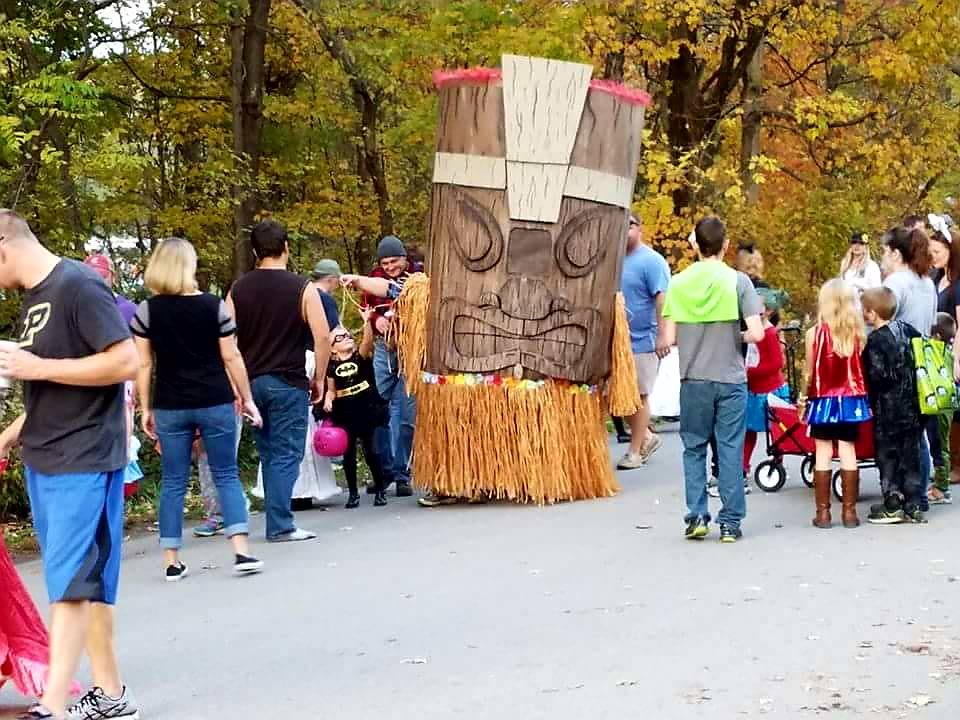