Benjamin “Lloyd Christmas”, age 3, and Britney “Harry Dunne”, age 1, dressed as Dumb and Dumber for Halloween 2014! Britney had crazy, thin, unruly blonde hair which caused her dad to call her “Harry Jr.” This nickname got me thinking and resulted in the epic costume. The blue and orange suits were purchased off Amazon. I purchase the blue parakeet, “Petey”, online and wrapped duct tape around it’s neck. The briefcase is a box, covered in black duct tape and has a black ribbon handle. I cut a hole in the top for it to be used as Ben’s trick-or-treat “bag.” 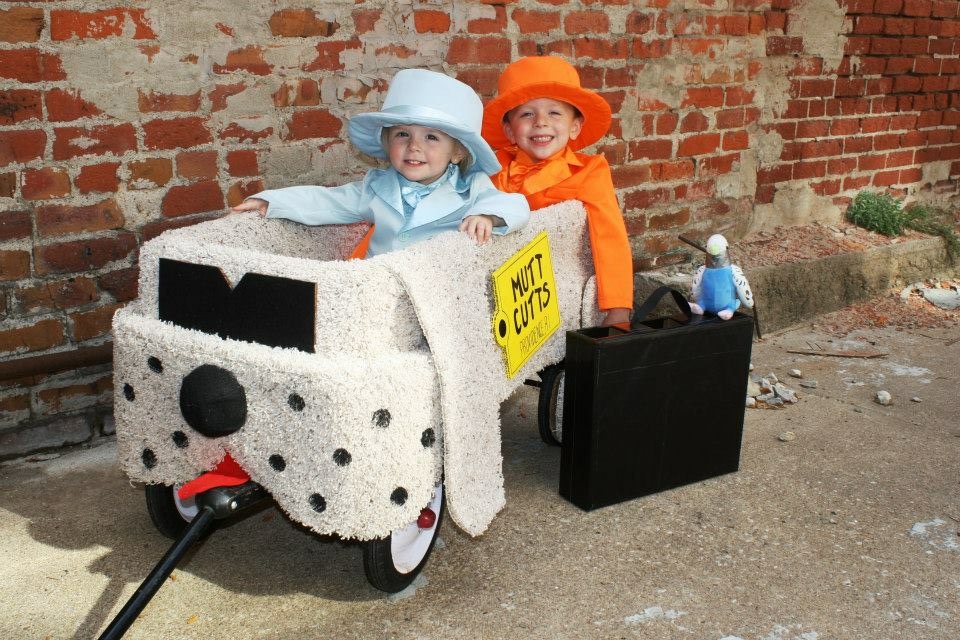 The most time-consuming part was the Mutt Cutts “van.” I borrowed a wooden wagon and covered it with left-over carpet. This was some mainly with zip-ties. The legs were made out of cardboard and covered with carpet as well. The legs were secured with screws. The fave was constructed out of cardboard as well and also covered with carpet then secured with screws. I painted black dots on the dog’s face. The eyes, or windshield, are also made of cardboard and are covered with felt. The nose is a styrofoam ball, cut in half, ,covered by felt. Both the eyes and nose were secured by hot glue. The tongue, made with felt, was secured with hot glue as well. Lastly, the tail, was constructed with cardboard, covered with carpet and then secured with a combination of hot glue and screws. The signs, one on each side, were made with cardboard, hand-painted and secured with hot glue. We got numerous compliments on these costumes! Several people stopped us to take pictures. And most importantly, Ben and Brit loved their costumes and all the attention! Poor Ben cried when Mommy had to dismantle the Mutt Cutts van. This costume has been the one to top for me and I have yet to do so! 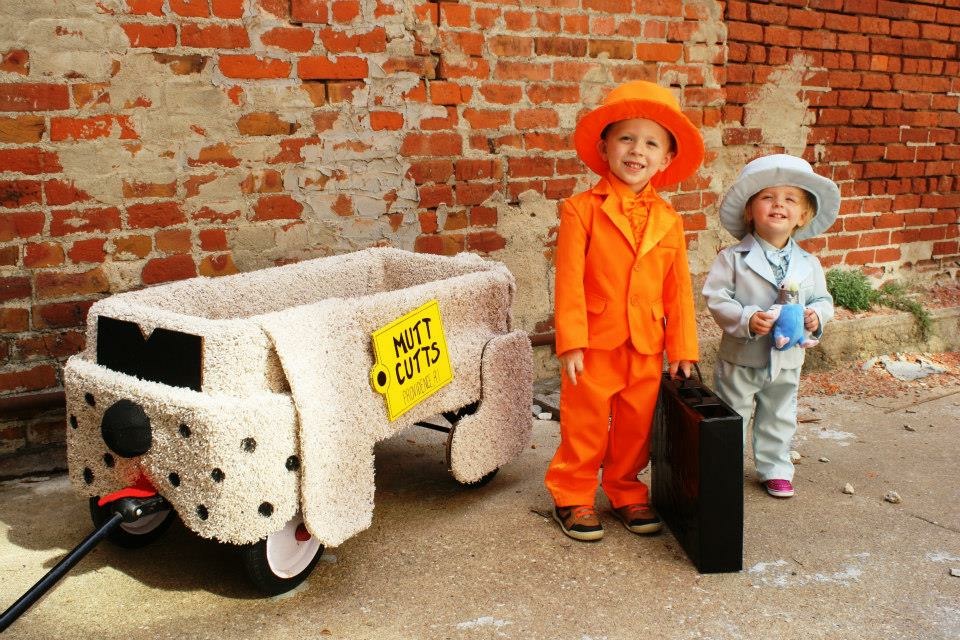