This costume is a HOMEMADE costume of Cousin It from the Adam’s Family TV Show that many of us had come to love. I wanted to make a Cousin It costume and for this costume you will need a hat and lots of yarn and lots of hot glue. I started by cutting yarn pieces the length that I would need. There was a lot of cutting going on for sure. Then I used hot glue to glue each piece of yarn one at a time all around the inside of the hat. Glue each piece of cut yarn right next to each other with no spaces in-between. You will keep going around and around many times so that you have a thick layer of yarn that will be hanging down in order to be able to cover your body. This takes a lot of work to do. It was more time consuming than I thought it would be. You will need to have a place cut out for your eyes so you can see. I have shown several pictures of the progress as the costume was being made. One of the pictures show what I did for the eye area. The last thing you will need is a pair of sunglasses with the same shape that Cousin It wore on the TV Show. My Grandson Jordan is wearing the Cousin It costume in this picture. 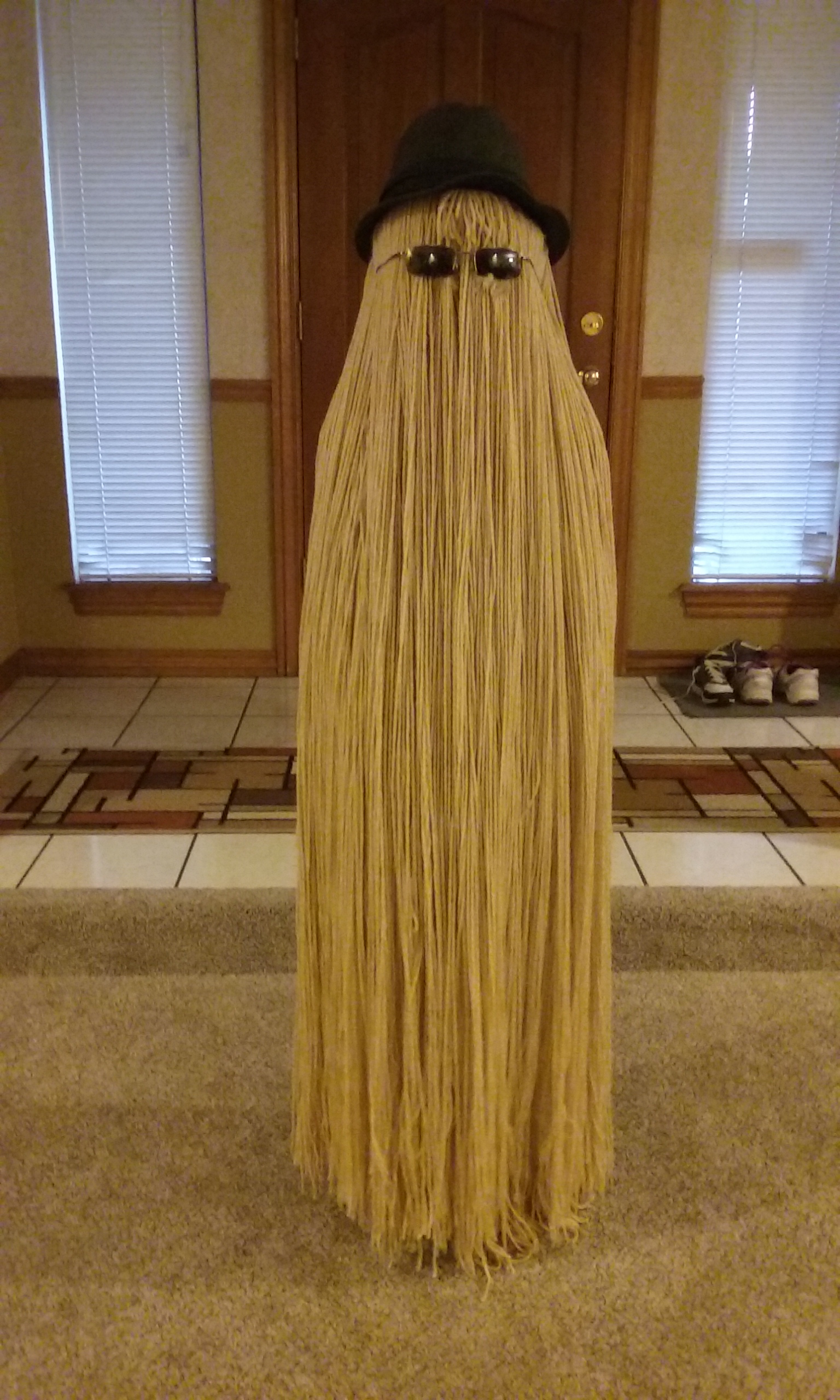 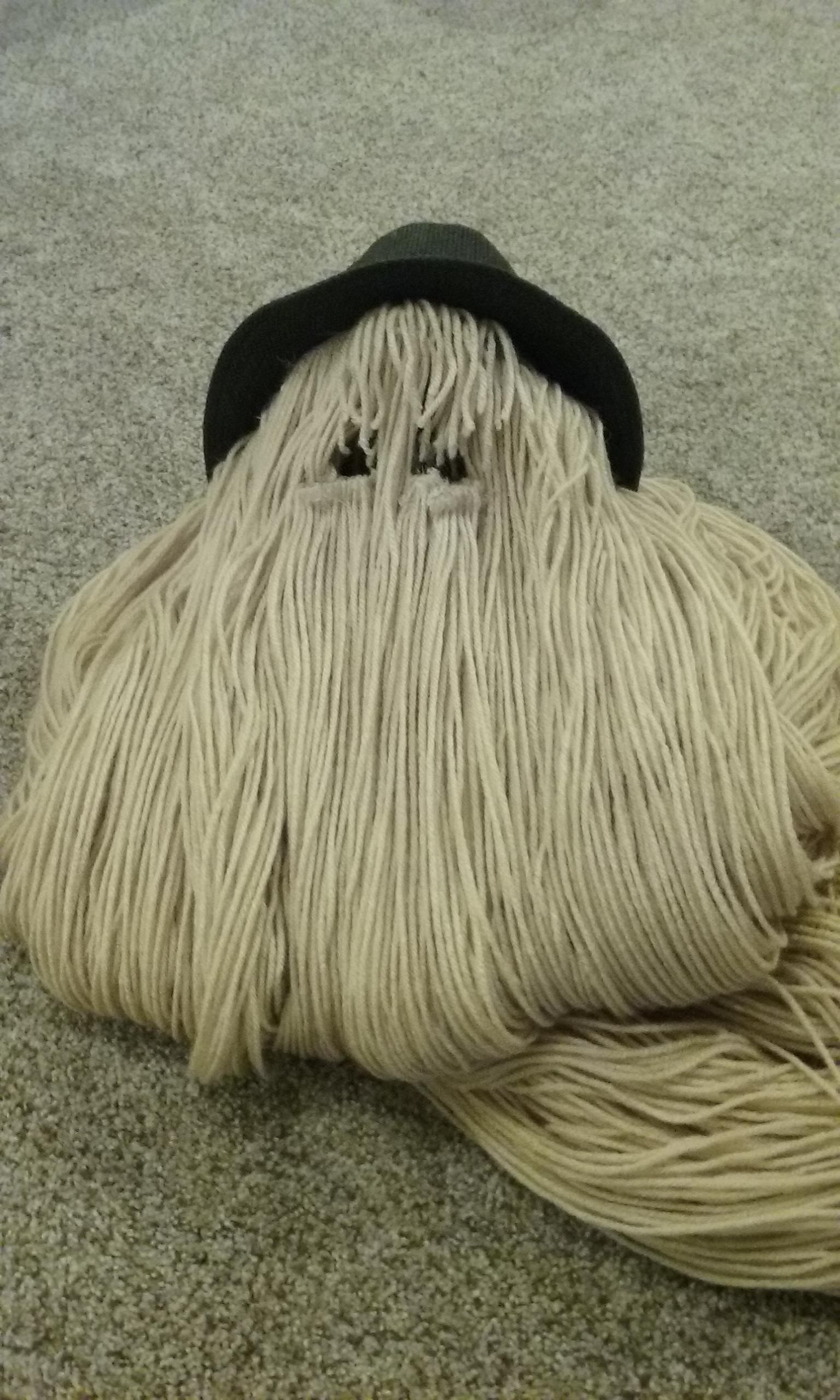 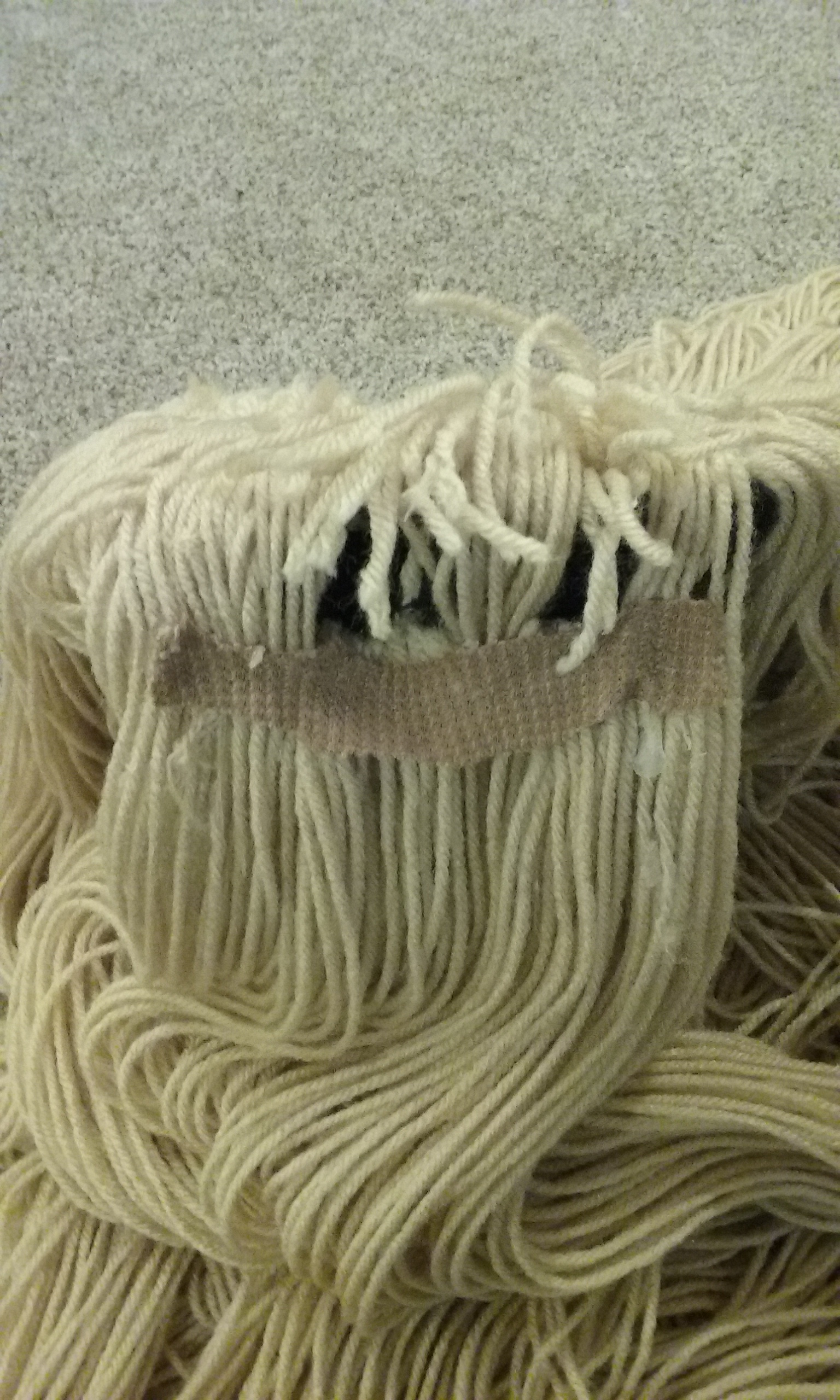 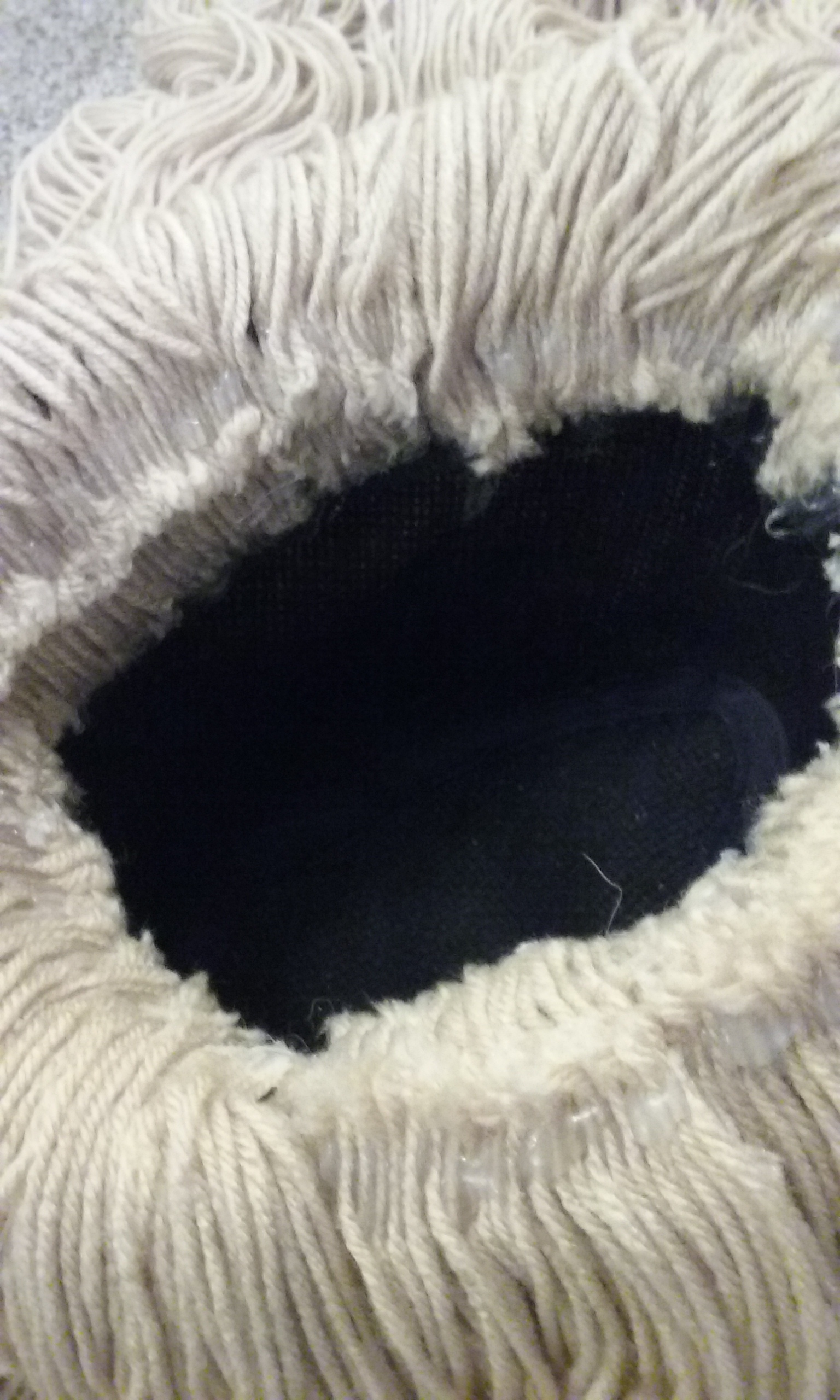 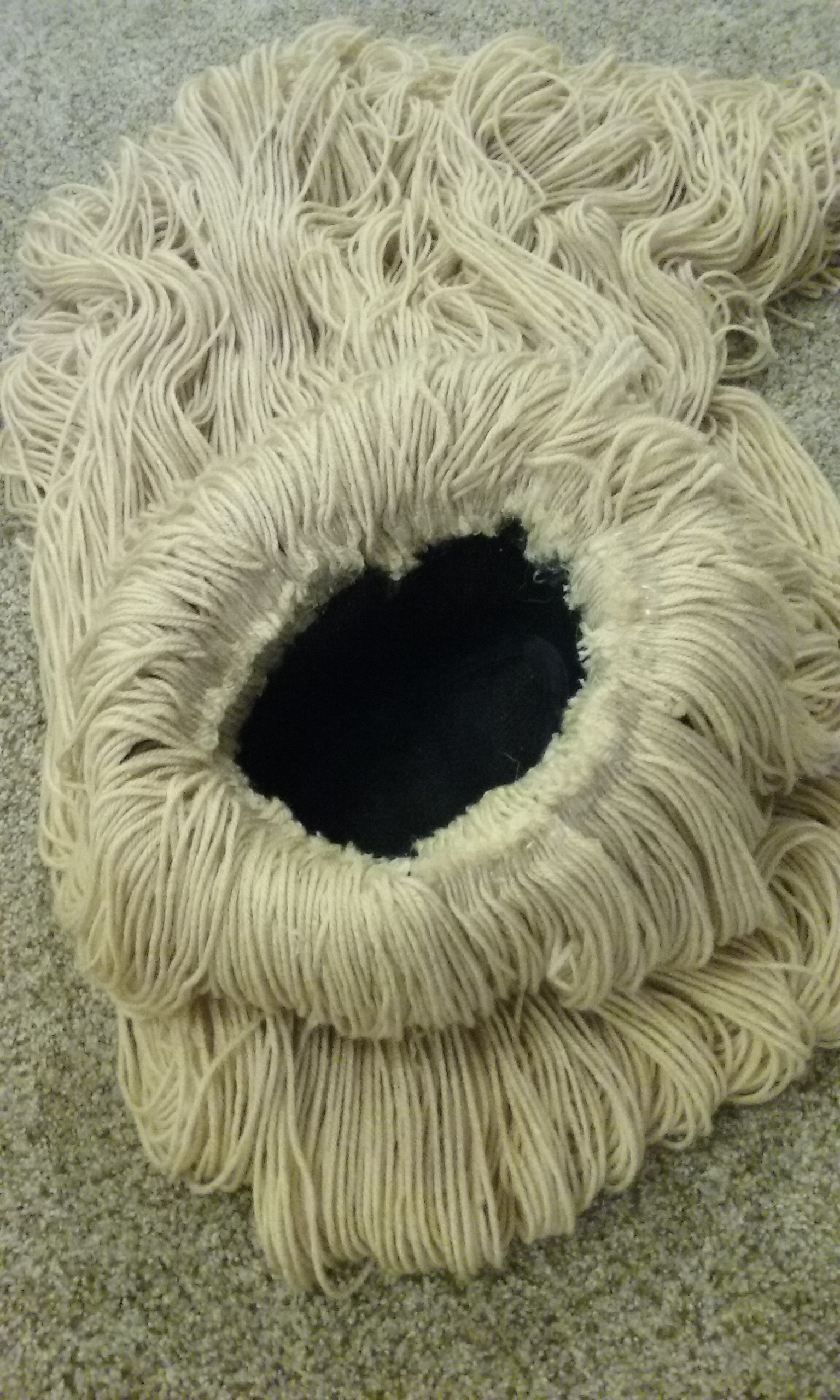