Dad is “Shaggy”. Simple costume just a green shirt which we already had and khaki shorts/pants (it was warm weather so we did shorts) and don’t forget the wig which completes the whole thing. Mom is “Fred”. Just a blue button down collared shirt with a white sweatshirt over it. The ascot is just a piece of orange material tied in a knot around the neck. Then the blue skinny jeans I got at goodwill and top it all off with a blonde wig. 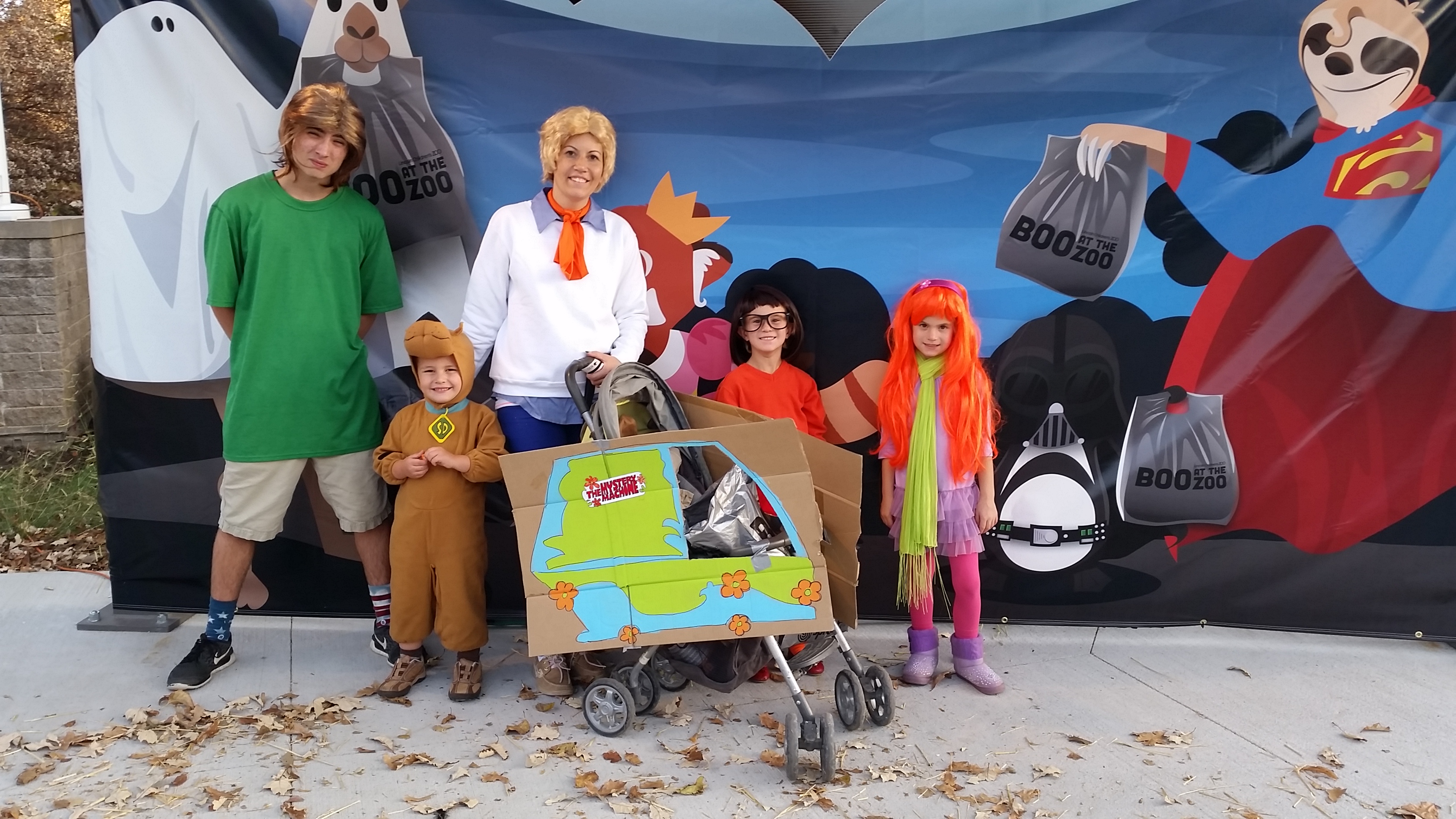 My twin girls are “Daphne” & “Velma”. Daphne is wearing a purple dress from old navy with pink footless tights from Wal-Mart and purple sequin boots from Zulily. Her orange wig came from Party city and the head band was part of a doc mcstuffins costume we already had from years past. Velma has a orange sweater (could not find a turtleneck anywhere) which we got from a used clothing store along with the red skirt. The orange knee high socks we found at goodwill along with the red Mary Jane shoes. The wig is from Shopko and the glasses were from Kohls (I took out the lens myself). She played this part really well.

Then there is my little boy “Scooby Doo”. This costume we found at Wal-Mart and put tan khaki pants underneath and we just happened to have some brown shoes. Oh and let’s not forget about “The Mystery Machine” I am not an artist by any means. I can barely draw stick people. So I looked up mystery machine template on Google and it gave me directions how to draw it. I cut two flaps off of a cardboard box and began drawing. It really was not that hard and I think it turned out pretty good. I used acrylic paint and then just printed out the mystery machine words on my printer and colored the letters red with marker and glued it on the van. Then I duck taped it to the side of my stroller and there you have it. The completed mystery gang from Scooby Doo. We had so much fun!