Our baby’s actual name is Francis so we figured he had to be Pope Francis for Halloween this year! He is 9 1/2 months old and a real little gentleman. Here is how we made his Pope costume: 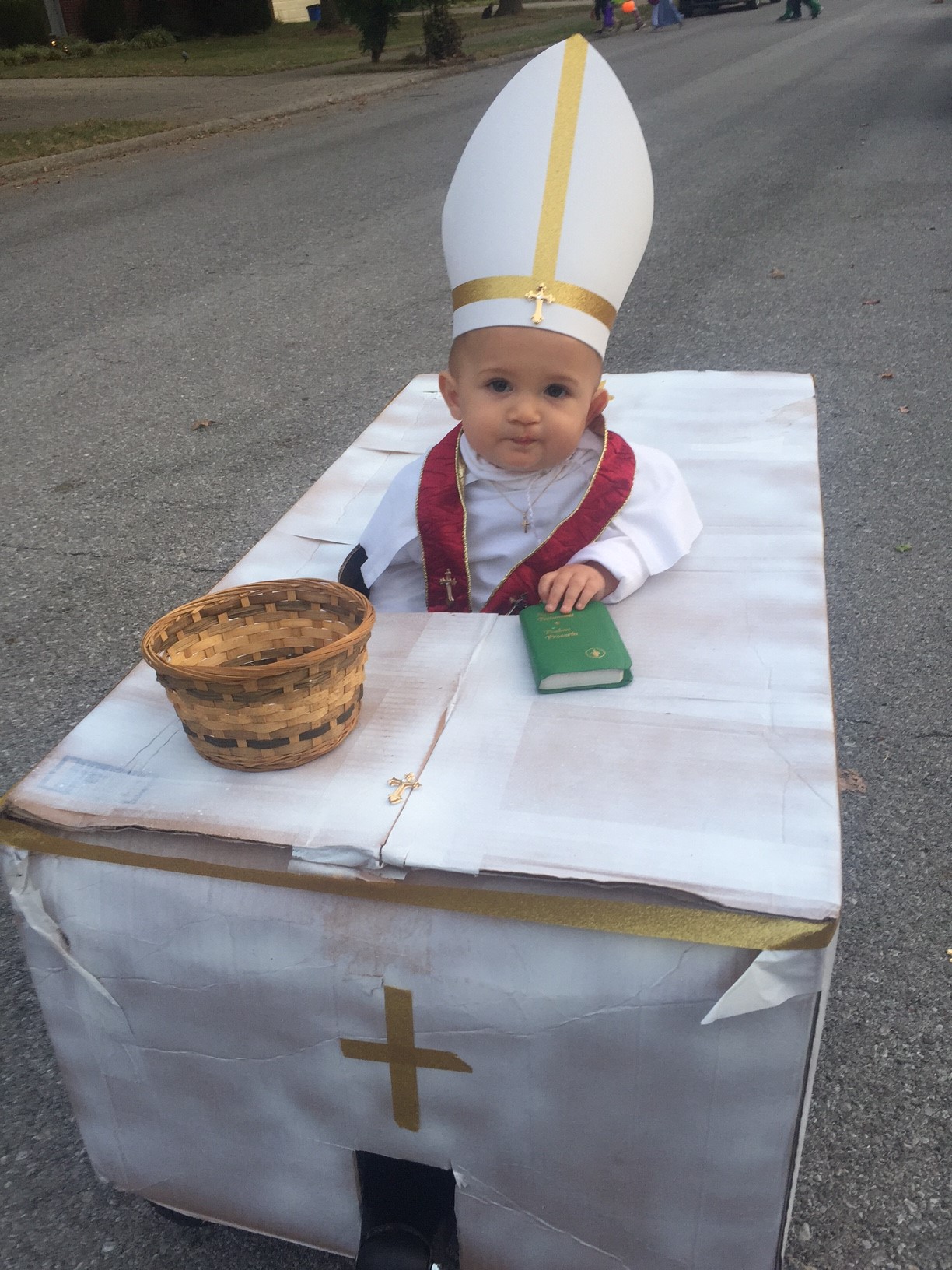 The hat is white felt w/ gold duct tape and cross stickers. His cloak is a cut out from a white pillow case w/ the handles of a little Macy’s bag so that it looks like rope. The handles are hot glued on to the pillow case His sash is maroon Christmas ribbon that already had wiring in it so it laid perfectly. We added more cross stickers to his sash. His robe is an 8 year old girl’s white turtleneck. His Pope Mobile is a little red wagon w/ a card board box spray painted white and laid over top. His collection basket is a wicker basket. We added the gold cross necklace he got at his Baptism as the final touch. Oh and a tiny Bible.

When we took him out in public, everyone went CRAZY! He was a HUGE hit. Strangers kept stopping us and asking for photos. People even gave him money in his collection basket! Francis never touched his Pope hat once. He was the perfect little Pope. We took him to Church in his costume and our Priest took him down the aisle in a procession and announced him to the whole congregation that Pope Francis, Jr was visiting. He got a standing ovation. We will never be able to top baby Francis’ first Halloween costume!

Our baby Francis was born with a cleft lip and palate. He already had his first surgery in June to repair his cleft lip and hose and his palate will be repaired in December. Francis (or Frankie as a lot of people call him) has set up a fund called “the Frankie Fund” to help raise money for the Global Smile Foundation. His surgeon goes to South America and fixes the clefts of small children who can’t afford the surgeries. We hope to continue to use our Francis to raise awareness for others who are going through the same thing. It is scary but there is help! Now all you can see on our baby is a scar. He never lets it slow him down.
All hail the Pope! 🙂