Our family plays Pokemon Go. I suggested Pokemon to my 4yo. Instead of picking a well known Pokemon, she wanted to be Meowth and parents be Jesse and James. We were to be Team Rocket and her little sister Pikachu because in real life, we are always catching her. For the adult costumes we had most items on hand. Bought white pants at a thrift store and my white long sleeve at a store. Cut out the letter R on felt sticker backing and our costume was complete. For Meowth I bought a xxl tank and used that material to create a dress, using one of her nightgowns as a guide. Hand drew/cut ears out of the scrap materials and sewed them to hair clips on hand. Used gold makeup to draw a gild coin on her forehead. Bought a xl yellow shirt and mashed up three rompers on hand to create a romper for pikachu. Added brown fabric on hand to create the ruffles/stripes on her bum. Cut out a lightning tail and safetypinned it to her romper. For both Pokemon, I used a silhouette machine to design the faces, then cut it out on heat transfer vinyl. I also crocheted poke balls for an added effect. 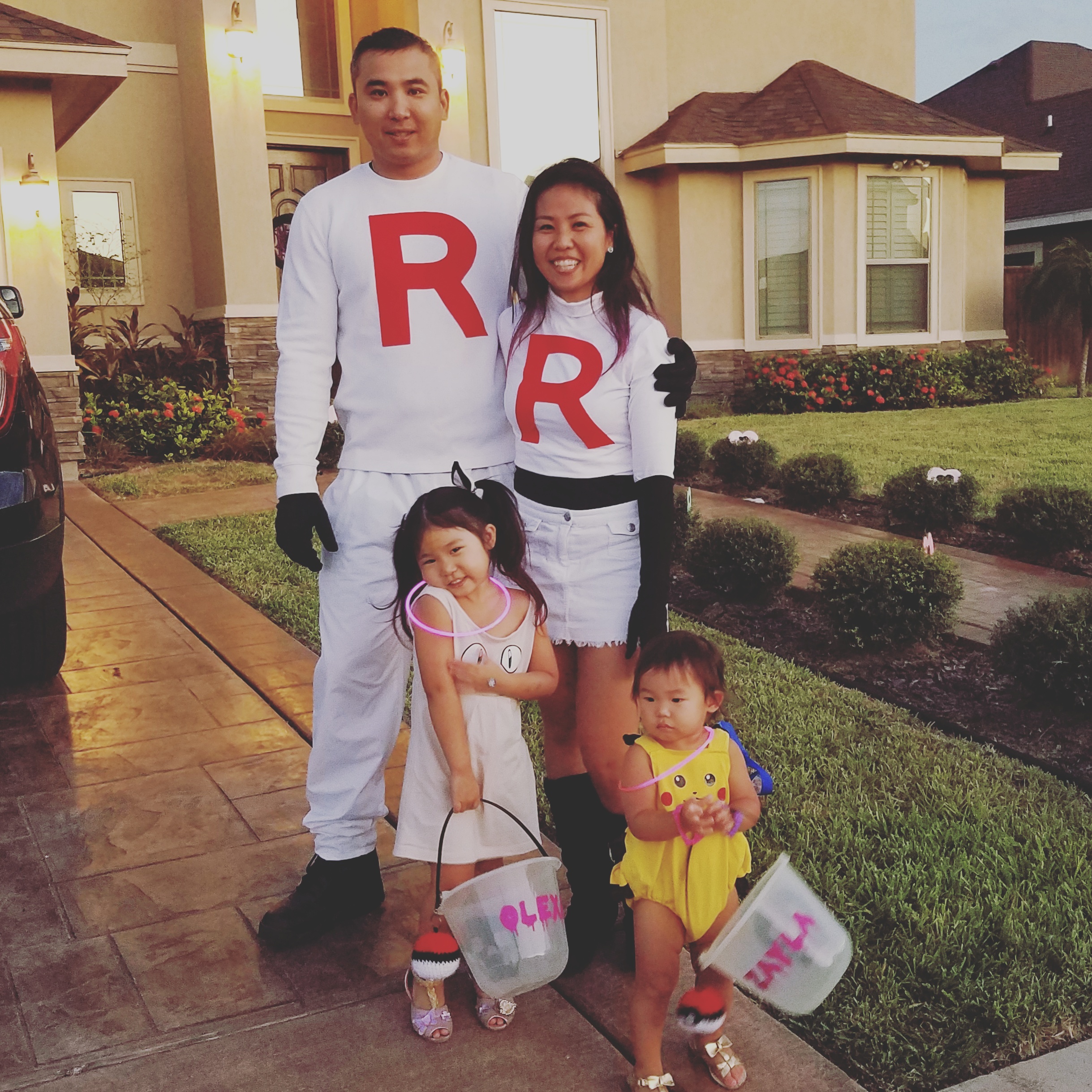