Since we play PokemonGo I suggested we be Pokemon for Halloween. Instead of wanting to vw the more common Pokemon, she chose Meowth and we to be Jesse and James so we can catch Pikachi, her little sister. I bought a xxl tank for material and used her nightgown as a guide to sew a dress, using the hem for less work on my half. Drew up a tail and stuffed and curled it, which she refused to wear… What’s a cat without a tail?! Drew, cut, and sewed ears, stuffed it with fabric remnants and stitched it to hair clip a on hand. Bought gild paper and cut out a ‘coin’ and glued it on elastic to create a headband. Though day of Halloween, we opted to used gold makeup and drew the coin on instead. I used my silhouette machine to design and cut out the face, using heat transfer vinyl. I also crocheted a pokeball to tie the whole costume in. 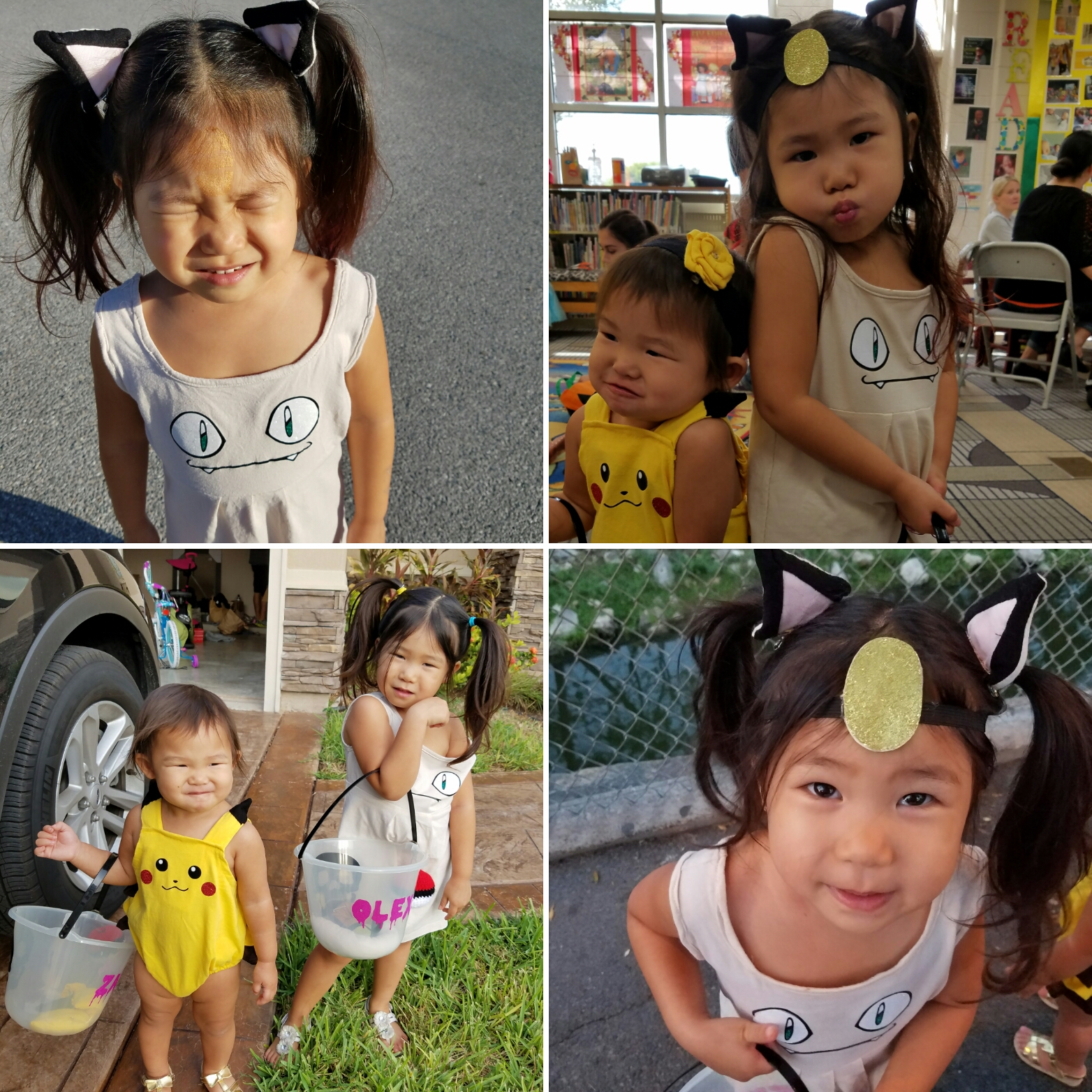