I’m the one wearing this costume – I made it by altering a dance leotard and green tights with fabric. The wig was made with a triangle base made from yoga mat foam, and four (4) wigs’ worth of hair (and LOTS of hairspray!). The makeup took three hours to complete, and was a two-person job. The character is Peridot from the Cartoon Network animated series Steven Universe. Some of these pictures include her red bow tie as seen in the episode “Beta,” which I made from the bow from a Snow White headband. Peridot is my favorite character in modern animation, and this is by far the most fun costume I’ve ever made and worn! This is the first time that people have ever asked for my picture with their kids on Halloween! I felt like a character at Disney World! 🙂 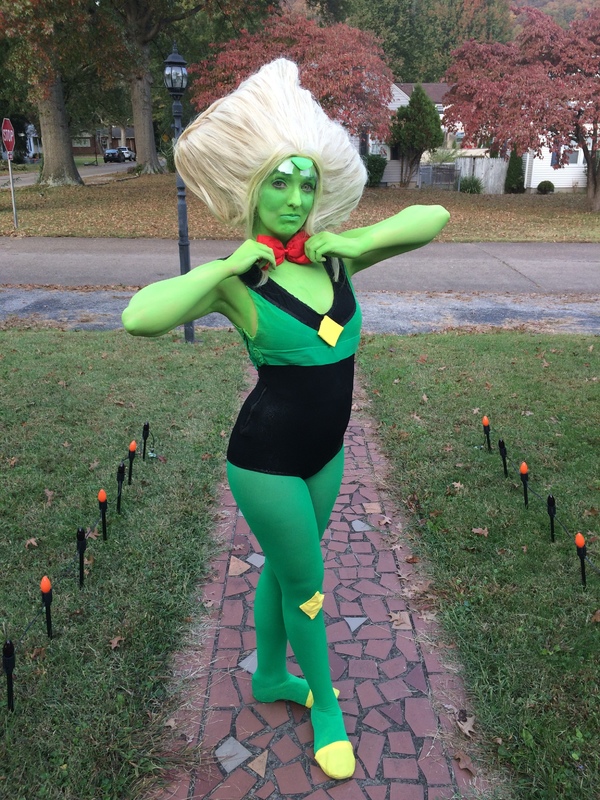 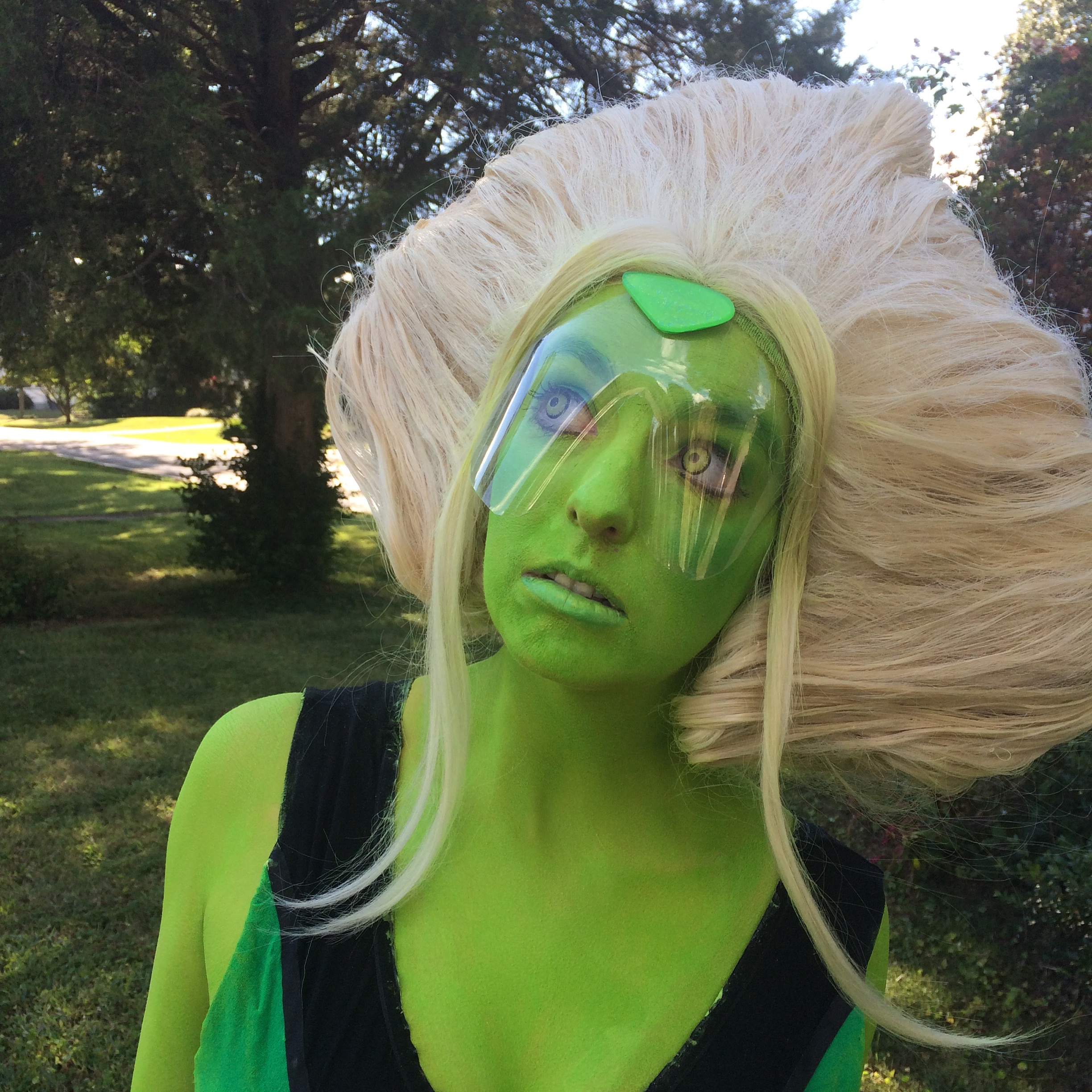 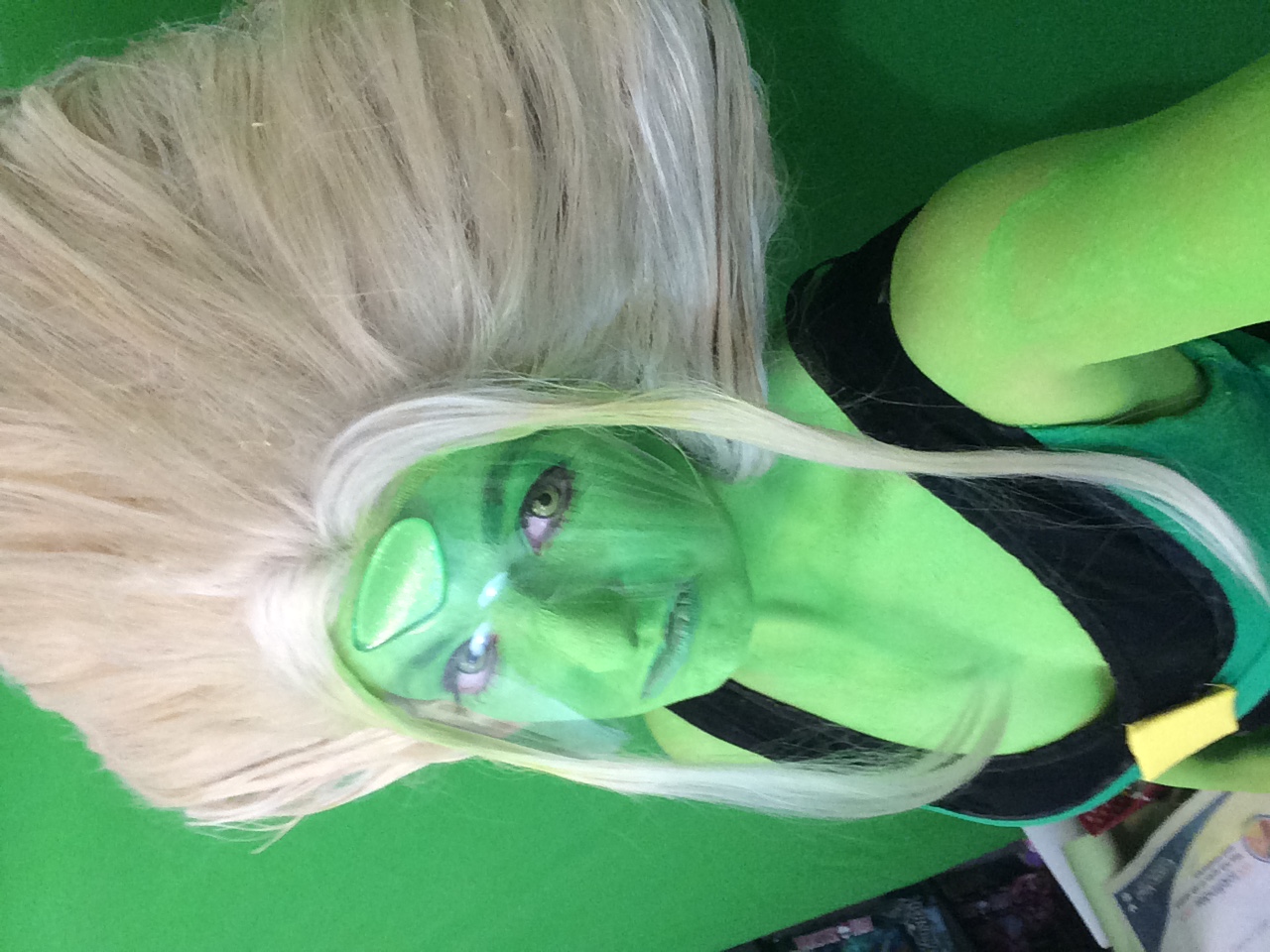 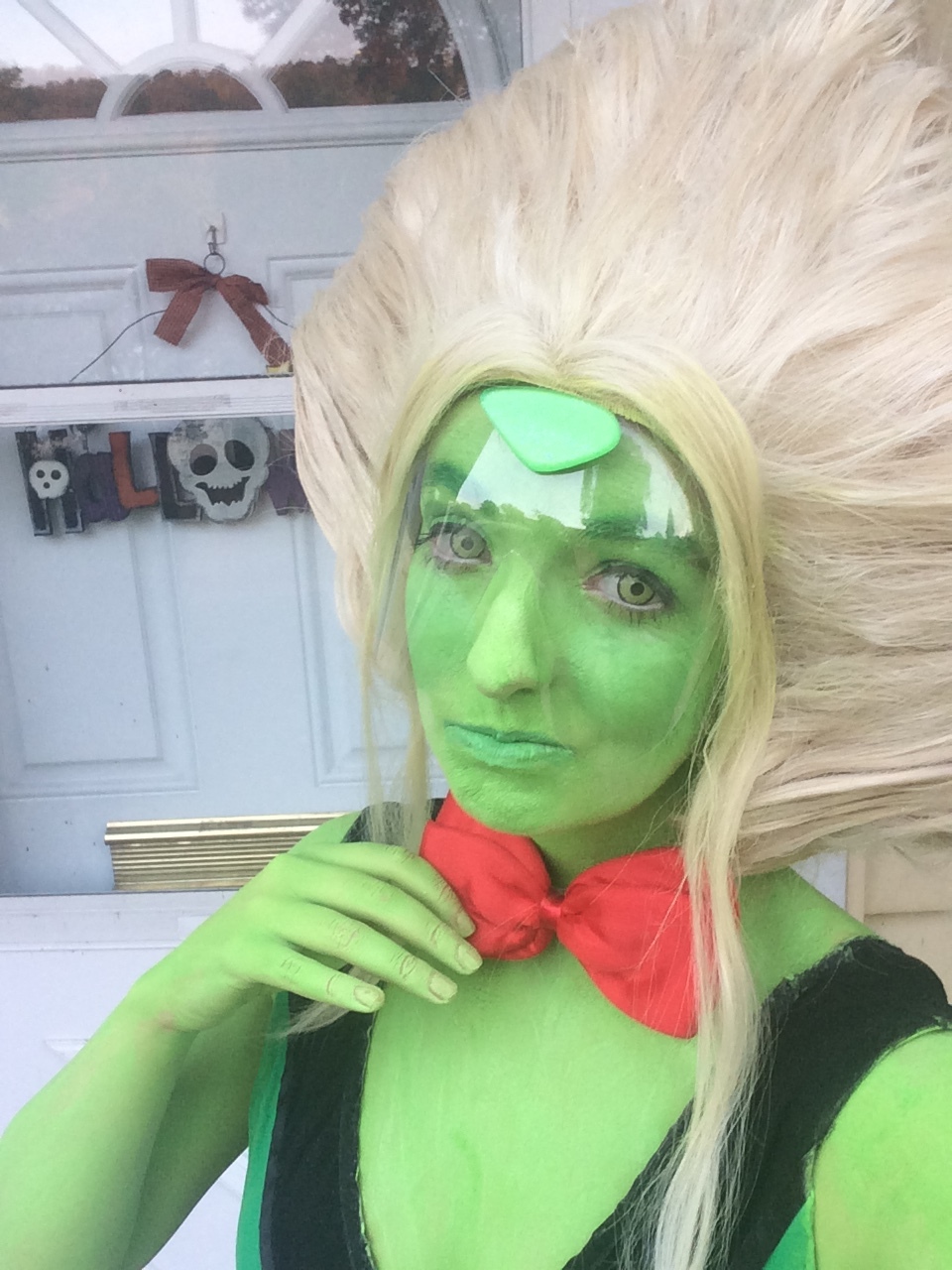