We decided to dress my daughter us as a paletero man (mexican ice cream man). We had seen a version of it somewhere and thought it would be hilarious and creative. Her outfit was simple and her moustache was drawn with liquid eyeliner. The cart was a melissa & doug metal shopping cart which I then used a cardboard box on top of and wrapped it with construction paper and adhesive letterig and pictures to complete it. Most people werent exactly sure what she was and called her a him, but everyone thought it was hilarious regardless! 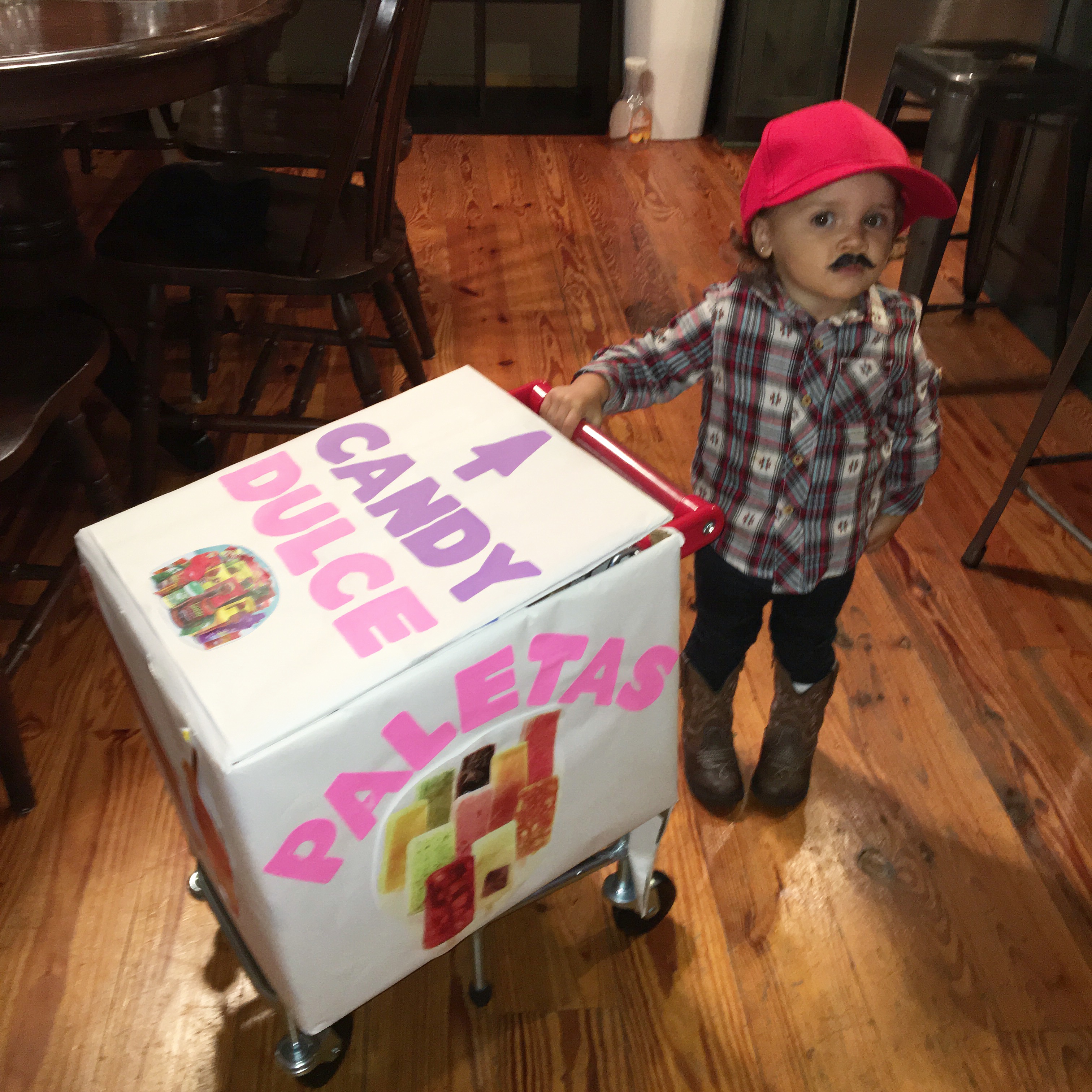