Chloe is a rescue dog and most resembles a Rhodesian Ridgeback and Pitt bull mix. I was trying to find a costume that would fit my dog Chloe with her type of look and build. She already gets mistaken for a boy, so having her look more manly was an obvious choice. I soon became obsessed with the idea of actor, Mr. T and playing with the name of this costume as “Mr. T Bone”. It was so fitting since Halloween is about costumes and being something you’re not and Mr. T is far from Chloe’s loving demeanor. 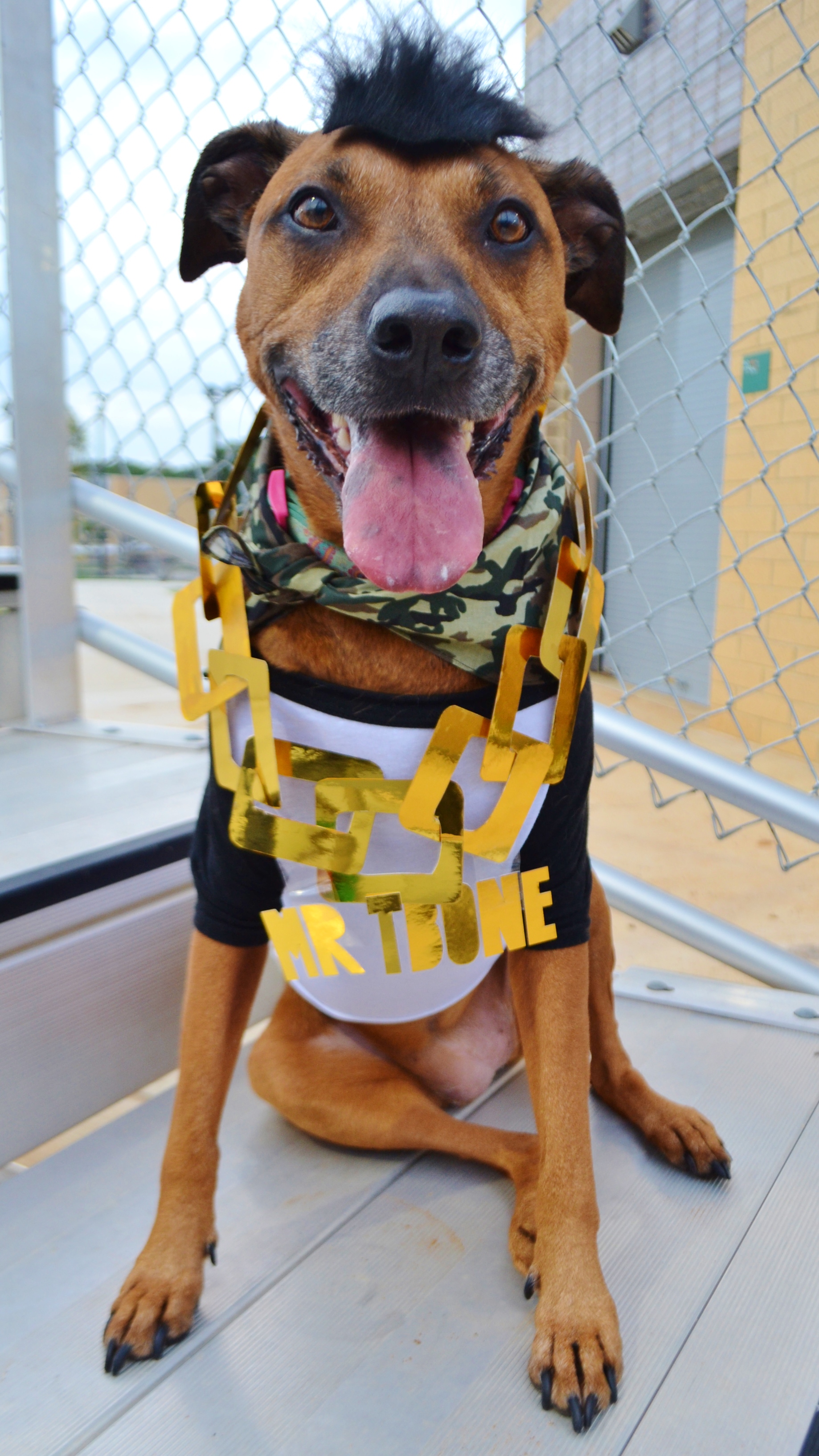 I found a cheap $3 fur piece for the hair part from a local arts and craft store. The fur piece was sizable so I cut a square-like piece and used tape to put it on her head. I cut out the gold chain and MR. T Bone letters out of a sheet of gold card-stock type paper ($2). The Mr. T Bone letters I used an exacto knife to carefully cut out the letters and used clear tape to have it hang from the gold chain. I added a camouflage bandanna and t-shirt of which she already owned. The total cost was ~$5!

I like to show people that they don’t need to go the route of a pricey store bought costume, but that they can make it as easy, cheap, and fun to DIY. It was a successful DIY homemade dog costume and very dog friendly! Nothing with the costume was used to harm my dog.

Although I would love to show the judges her costume in person, one look of the photo should tell you, “I pity the fool” that doesn’t vote Chloe for her Mr. T Bone dog costume!

Thank you for the opportunity and I hope that Chloe’s costume has brighten your day as she does mine every day : )