As soon as I saw the SNL skit with Adam Driver, I knew that was my costume this year. The episode aired back in the very beginning of 2016, so a lot has happened, but I stuck with it. 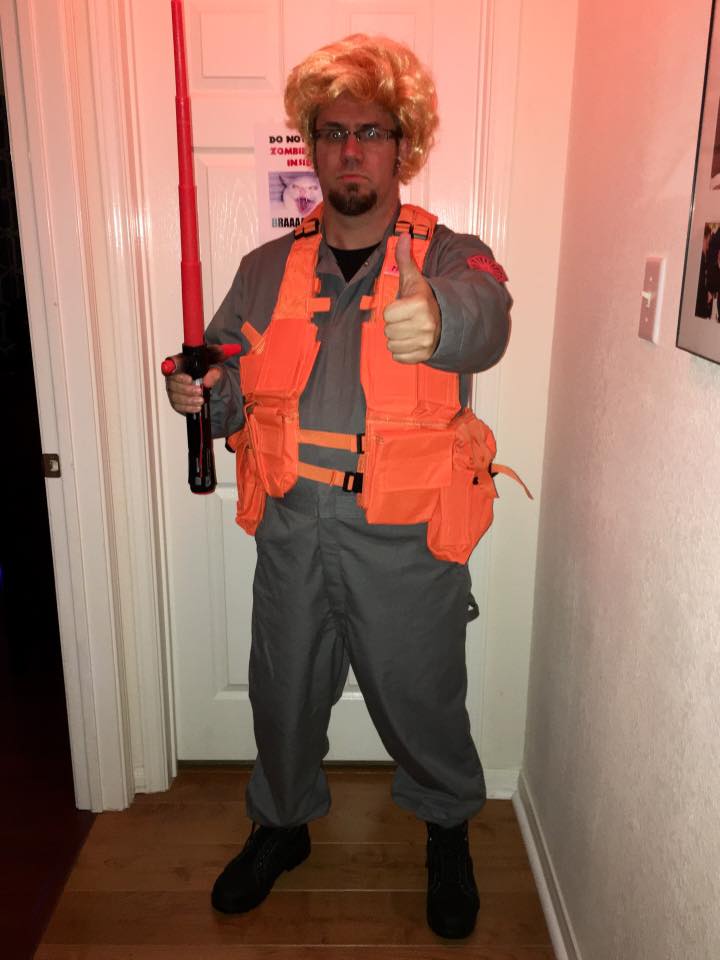 The vest was the priciest part. It was $60 on ebay. There’s only one seller. It’s called a Rhodesian tactical vest, blaze orange. The coveralls are Dickies and will be reused for future costumes. Wig was found at a goodwill, but I know of a better one online. This one was too Trump-y. Lightsaber is my son’s. I had made the First Order patch and name tag.

Of note, I wore this on two occasions. One was a work event, the other a party with my friends. Virtually everyone thought I was a Ghostbuster, even while holding a lightsaber.