These halloween costumes of Kuzco and Pacha from Disney’s The Emperor’s New Groove were made by me, and worn by myself and my fianc̩e. We needed a couples costume for a party that nobody else would think to do, and together we came up with this! 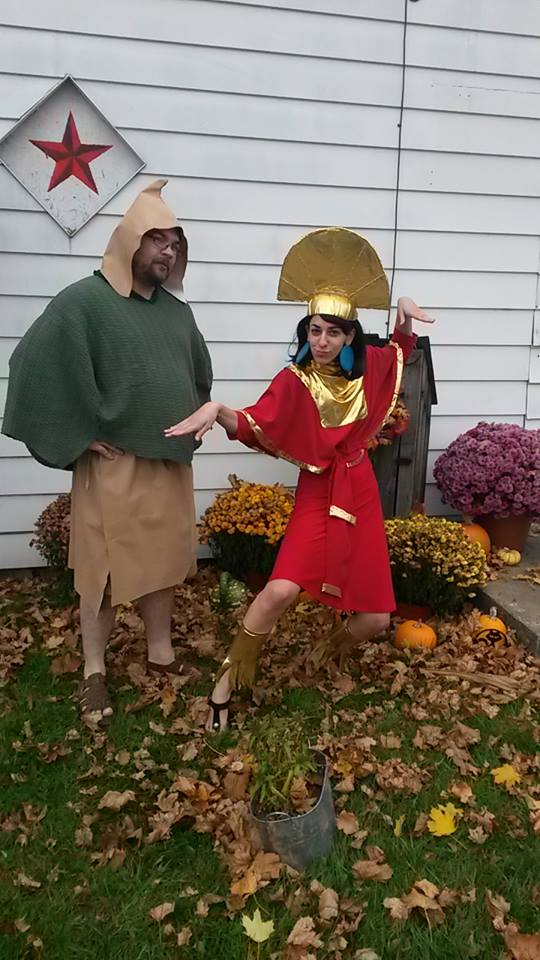 We both love this move and the costumes fit our looks pretty well. I made The Emperor’s New Groove couples costumes myself with clothes I found at the thrift store, some store bought fabric….and lots and lots of hot glue and thread. I won a costume contest amongst friends at the party we wore this to.

Two of our best friends went dressed as Mario and Peach in homemade costumes as well, and i’ll admit, the competition was fierce between the 4 of us! but I still loved these costumes and was so proud of the finished look. my fianc̩e loved it too. 🙂