This costume that I’m wearing was inspired by a picture I found when I did a Google image search for the King of Clubs. I was thinking of ideas for a story I wanted to write in which the characters were associated with the cards in the traditional playing deck, so I looked up each Queen, each King etc. to see how other people had already interpreted them as characters. That was when I came across a picture of the King of Clubs looking like he was the king of a nightclub and thought it was a cool pun. So that’s how I got the idea. I bought each article of clothing and accessory separately at costume stores, with the exception of the card, which of course I made. It’s a piece of cardboard that I simply painted with acrylic paint. 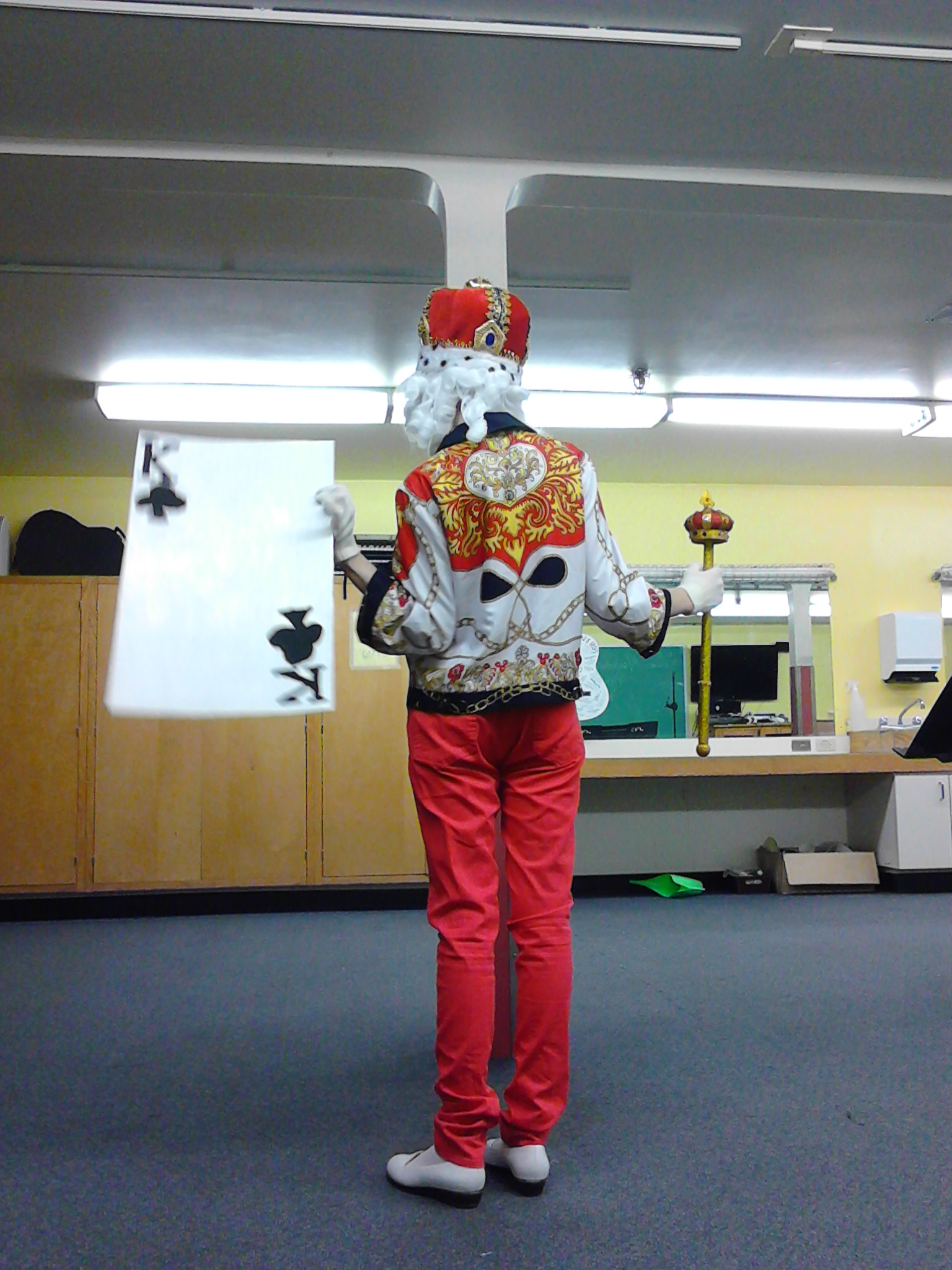 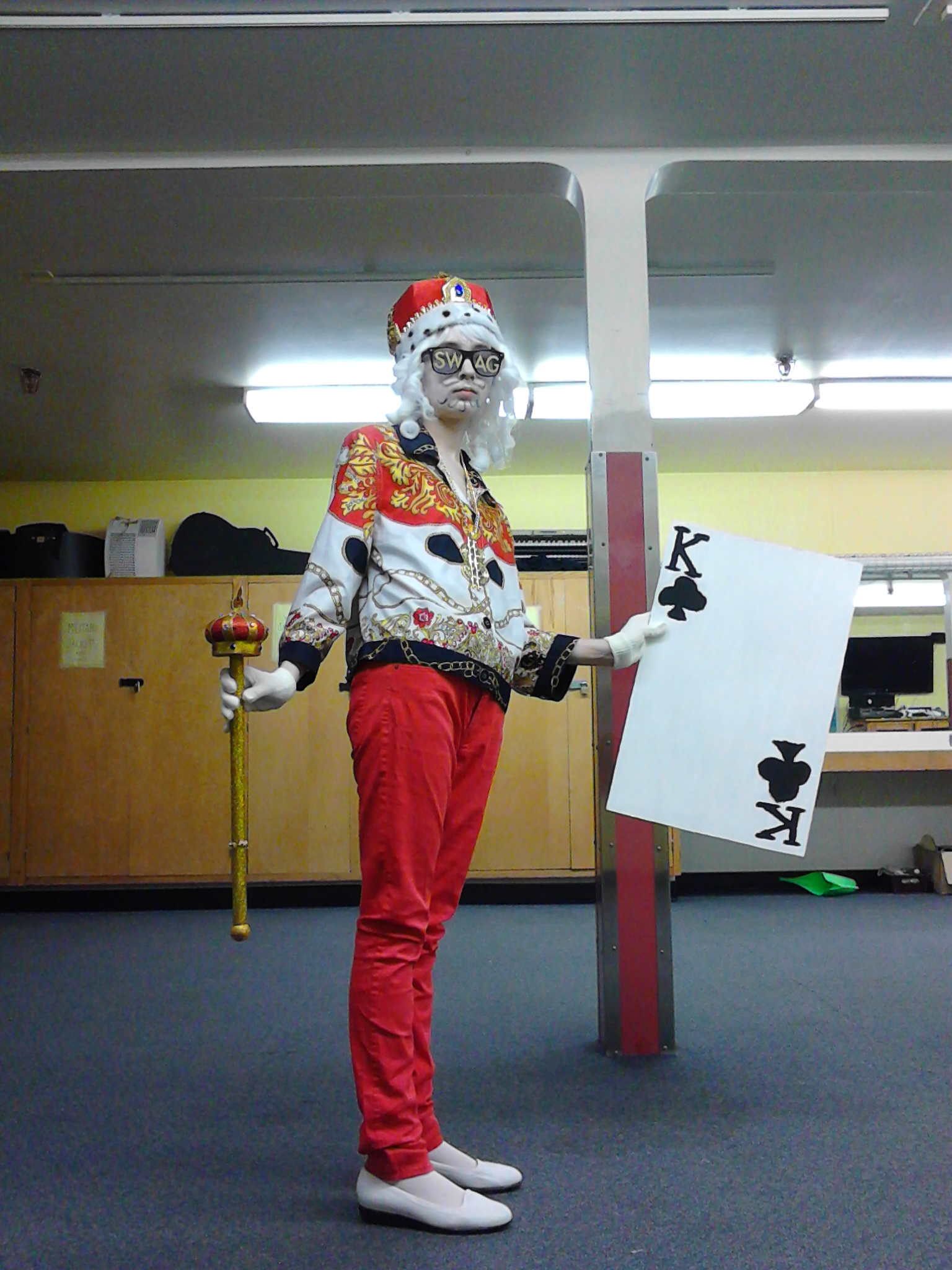 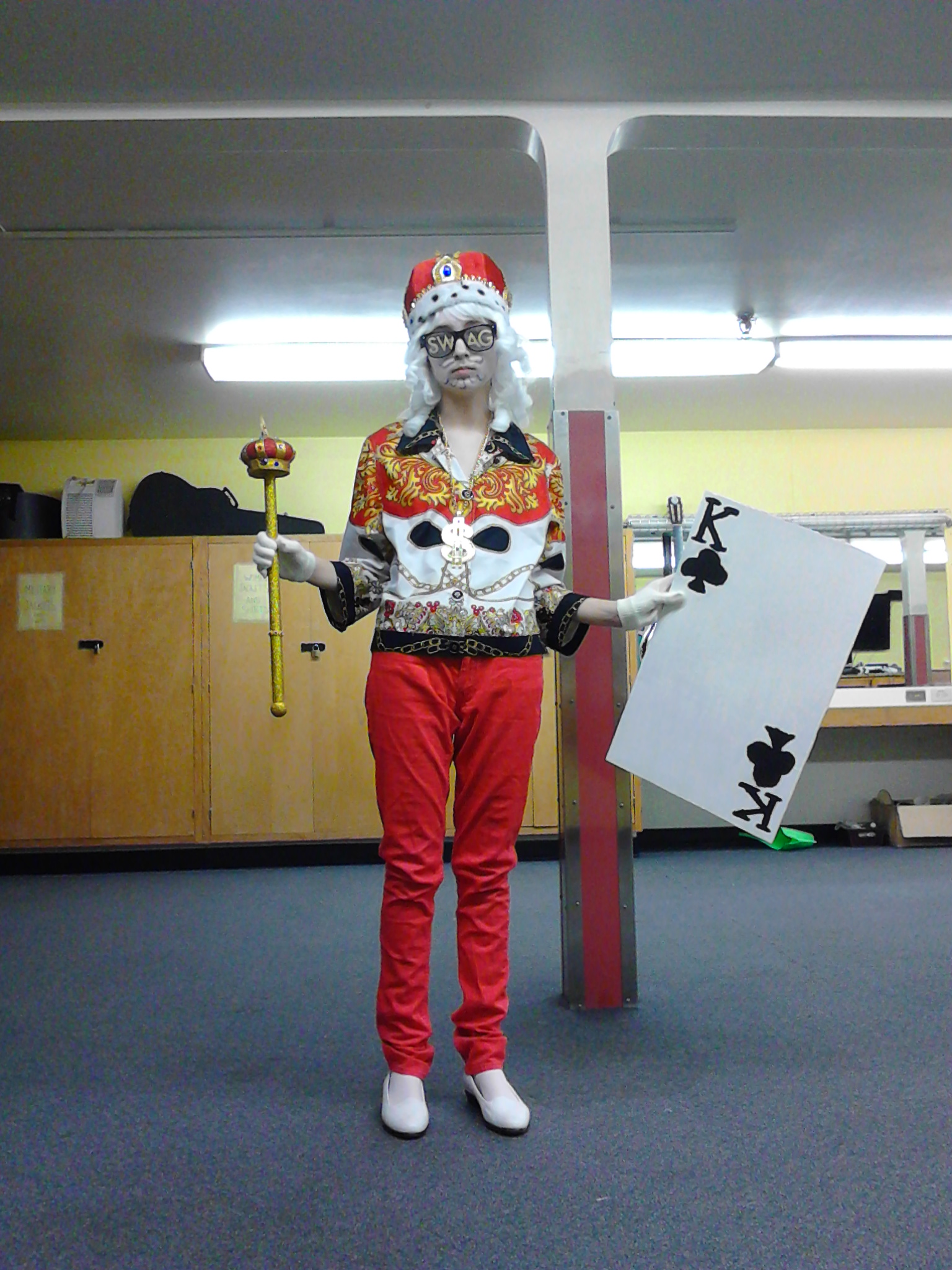 The King of Clubs costume submitted by Taz H.