My son wanted to be a Minion, but had to be one of the Viva Le Minions. I used 2 sleeping foam mats (for camping). I rolled it around him to see how much room he needed and where to cut the arm holes. Then I rolled the second one the same diameter and glued and duct taped it together. 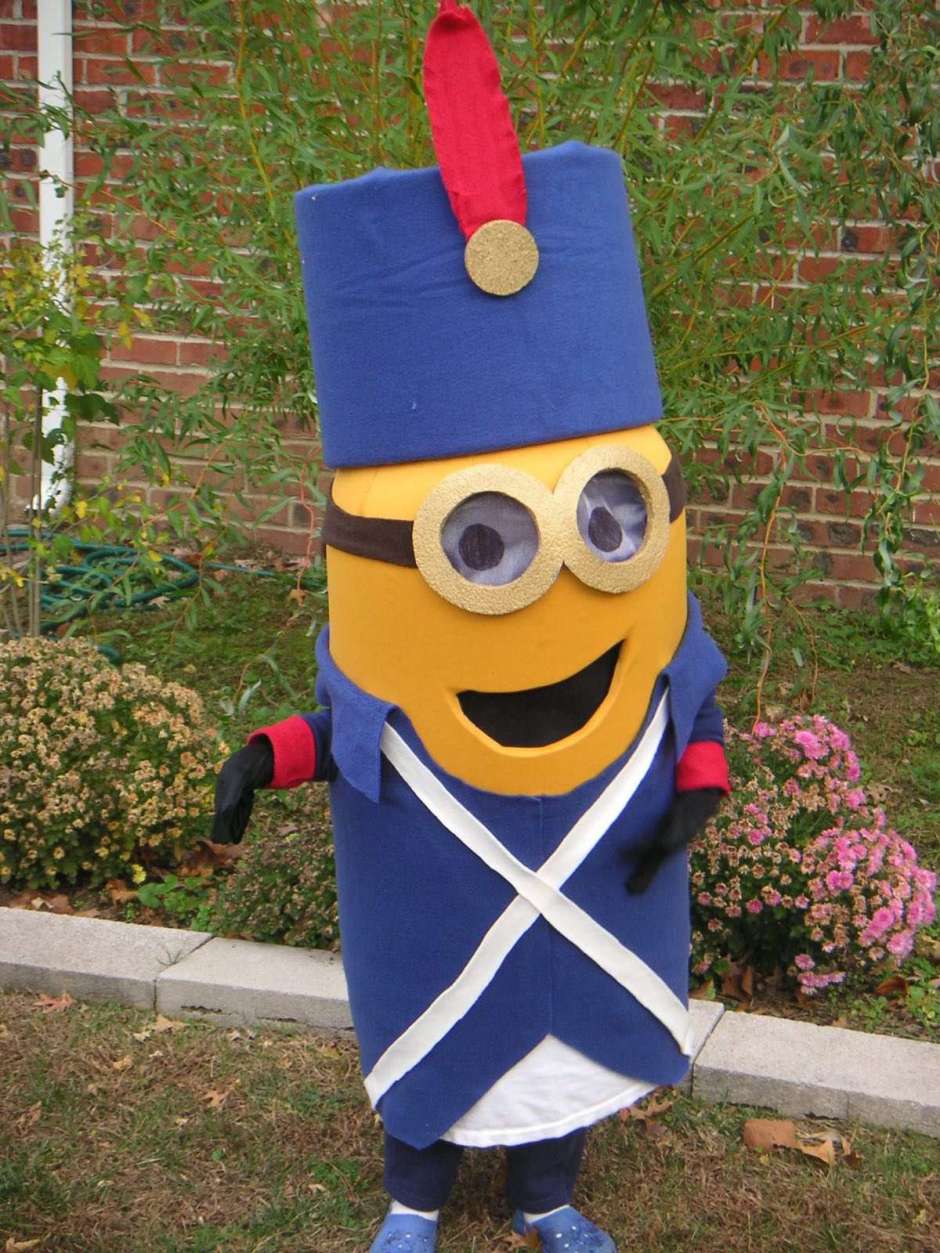 I cut triangles out from the top to make the top look like a crown so I could fold the points down to make a rounded top, not that it mattered since I had to make a hat. Once the dome shape was make, I used hot glue to keep it together. Then I cut a circle out of the top so it would not be to stuffy inside. Then I slipped it over my little boy again to get an idea on where to cut the eye holes out.

I used fleece that I glued on to make the uniform. The remaining foam mat for the hat covered in fleece.

Then I made 3 fingered gloves for him to wear. He wore his own sweatshirt and pants. It was hilarious to watch him walk in it. He loved it. He fell a few times face down at first and becasue his knees were inside the tube shaped costume, he couldn’t pick himself up so he could only roll side to side until somebody picked him up! That was even more hilarious. Then he figured out to shimmy down a bit so his knees where out of the costume to stand up.