My 7 year old boy, Bradyn, is dressed as the Joker from Batman. He has never really been in to going all out with his costumes so it took a lot of convincing. Especially with having to do makeup. The plan was, his twin brothers being batman and robin, so we knew we wanted Bradyn to be their bad guy. When we tried to find an actual costume we had no luck without having to order online.. so we did our best with what we could find to help pull the Joker costume together. We knew he would need some sort of green or purple tie/bowtie, a suit with pinstrips, and a dress coat. 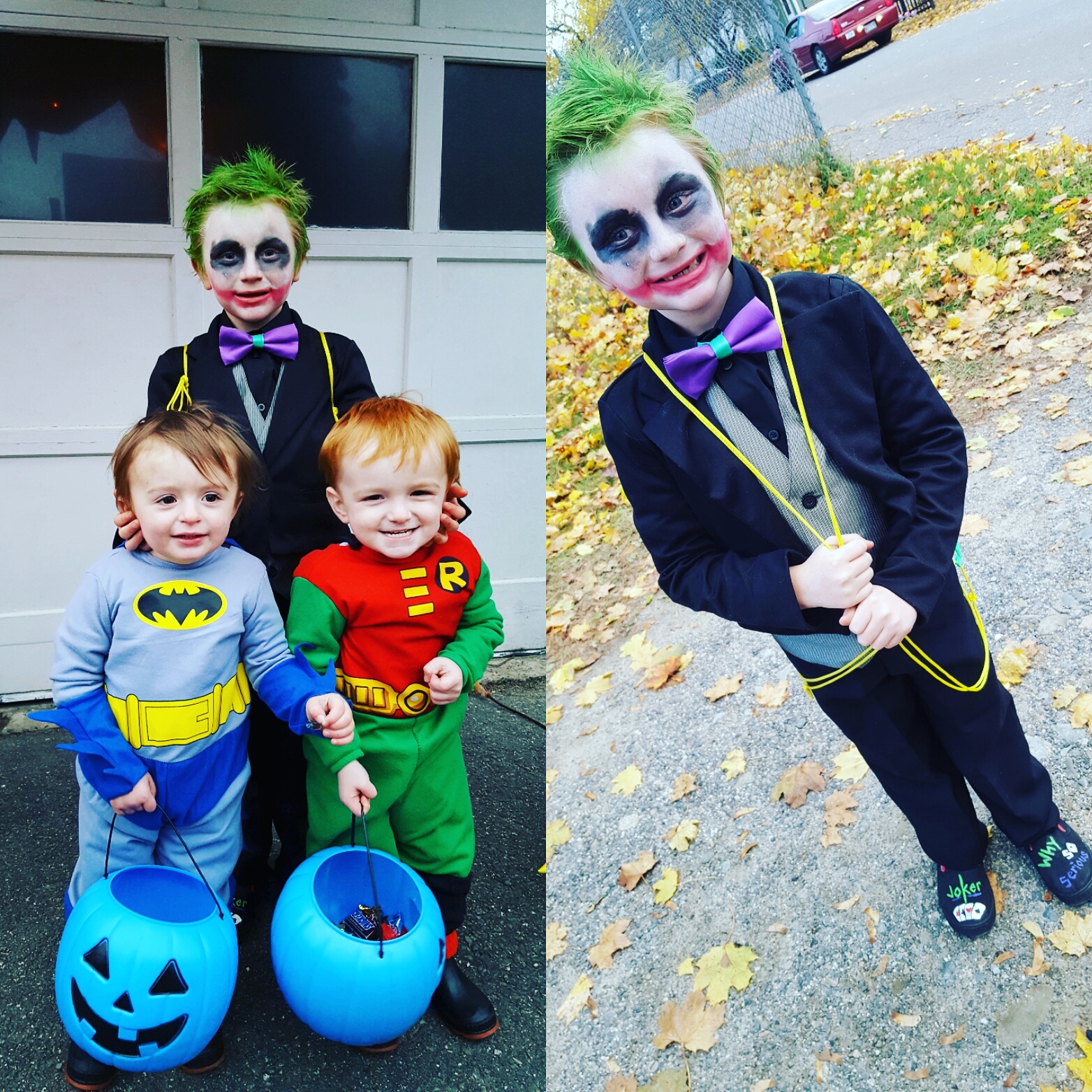 Well we found the bowtie and suit, it was the jacket that was difficult to find. We really was hoping to find a purple one to actually be more like the actual joker but we never came across one. Instead we settled with a black one and in a way i believe this made it even better because he still looked like the character but with a few minor changes making it his own.

He was a hit and he had so many compliments all night! It was a great time for all!

The Joker costume submitted by Chelsey.