This DIY Goku and Majin Buu costume is inspired by the anime show Dragon Ball Z. My boyfriend and I just re-watched the entire series so we felt that this year we would pay homage to our favorite characters. My boyfriend is dressed up as Goku and I am dressed as Majin Buu. The Goku costume was made using a store-bought shirt that I cut to resemble the uniform cut and he tied a scarf to act as a sash. The Majin Buu costume was all homemade. I bought the fabrics from a local fabric store and cut and sewed each piece: cape, top, and belt. 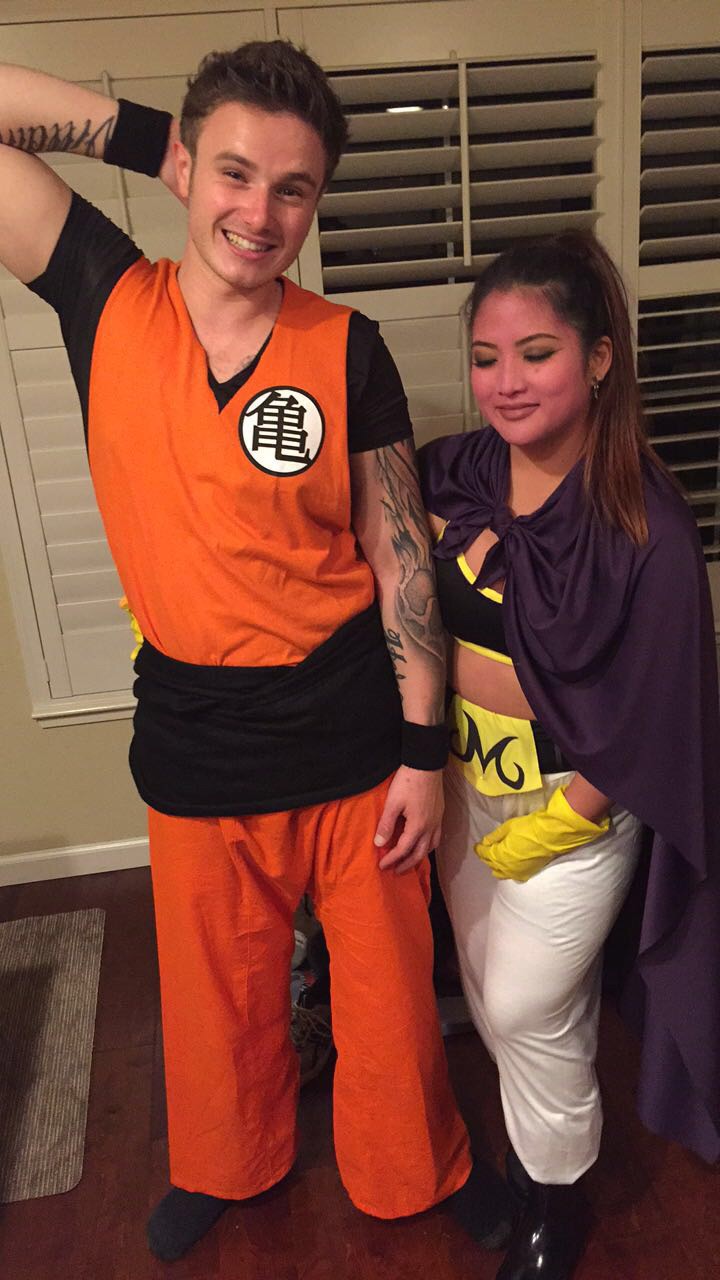 The belt “M” insignia was cut from sticky foam and applied to the belt. I painted myself pink because the character is pink. You can’t see his eyes because he’s really chubby so he always looks like he’s squinting, hence my eyes are closed. My boyfriend is also standing in a typical Goku pose. I was also really excited about my costume because it’s not a common character you see people dressing as.