This Halloween I was torn between going as two of my favorite things: day of the dead skeleton or a cat (because I’m a crazy cat lady!!!) After much debate I came up with the purrfect solution: a day of the dead cat! Next became the challenging part of finding attire for my crazy and unique idea! 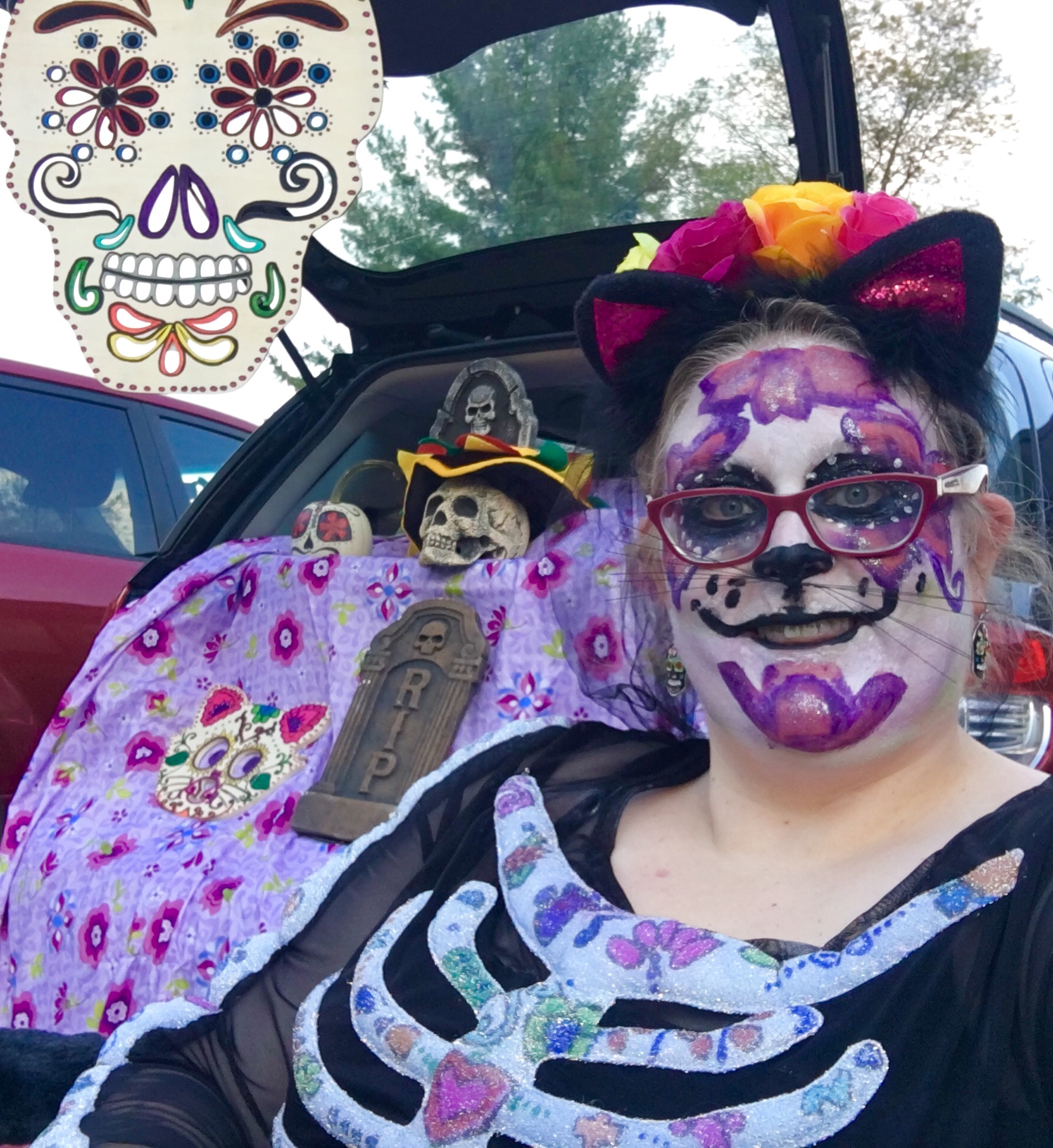 Online, most day of the dead costumes were extremely inappropriate – short skirts, corsets, low cut tops, etc. I wanted to bring respect to the holiday and not dress inappropriately. This was very important to me as I have great respect for dia de Los muertos. So I debated between making one from scratch as I did for costumes in years past but then I found a beautiful skeleton dress online that I fell in love with. Problem was, it was just a plain skeleton! It wasn’t very day of the dead-esque. So, I bought the dress itself then decorated it very colorfully with symbols of things I love like music and pets. (You know, in true Mexican tradition for sugar skulls.) i wanted to be as culturally accurate and sensitive to the holiday as possible to avoid any cultural appropriation and misrepresentation.

I also decorated shoes and gloves to match the dress. Next, I made a very long cat tail (store bought ones are just too tiny to be seen with the dress I had.) I also got a pair of ears and a day of the dead headband with flowers to accessorize my costume. My final touch, of course, was painting my own face (which I did different each time I wore my costume!) with beautiful colors and glitter – complete with some cat-like fake eyelashes and real whiskers! It was such a fun costume to wear and perhaps one of the best I’ve ever dawned. I received so many compliments from friends and total strangers! The best feeling was the compliment I got from a Mexican lady who sent a photo of my costume to her mother in Mexico because she thought it was so well done. That made me happy because I achieved my goal of being culturally sensitive while still rocking an amazing outfit. It is definitely going to be a keeper in my costume collection for Halloweens to come!!! 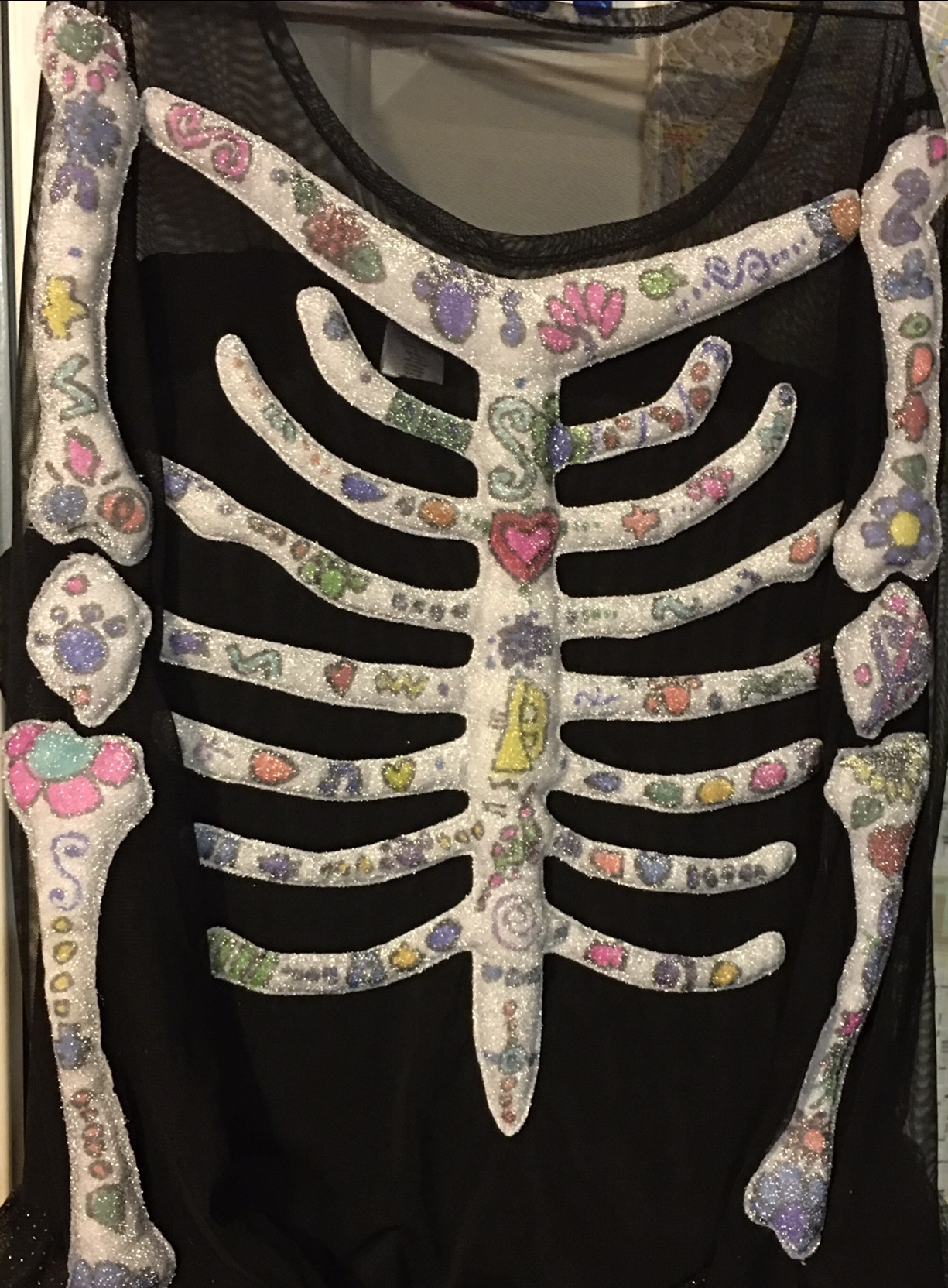 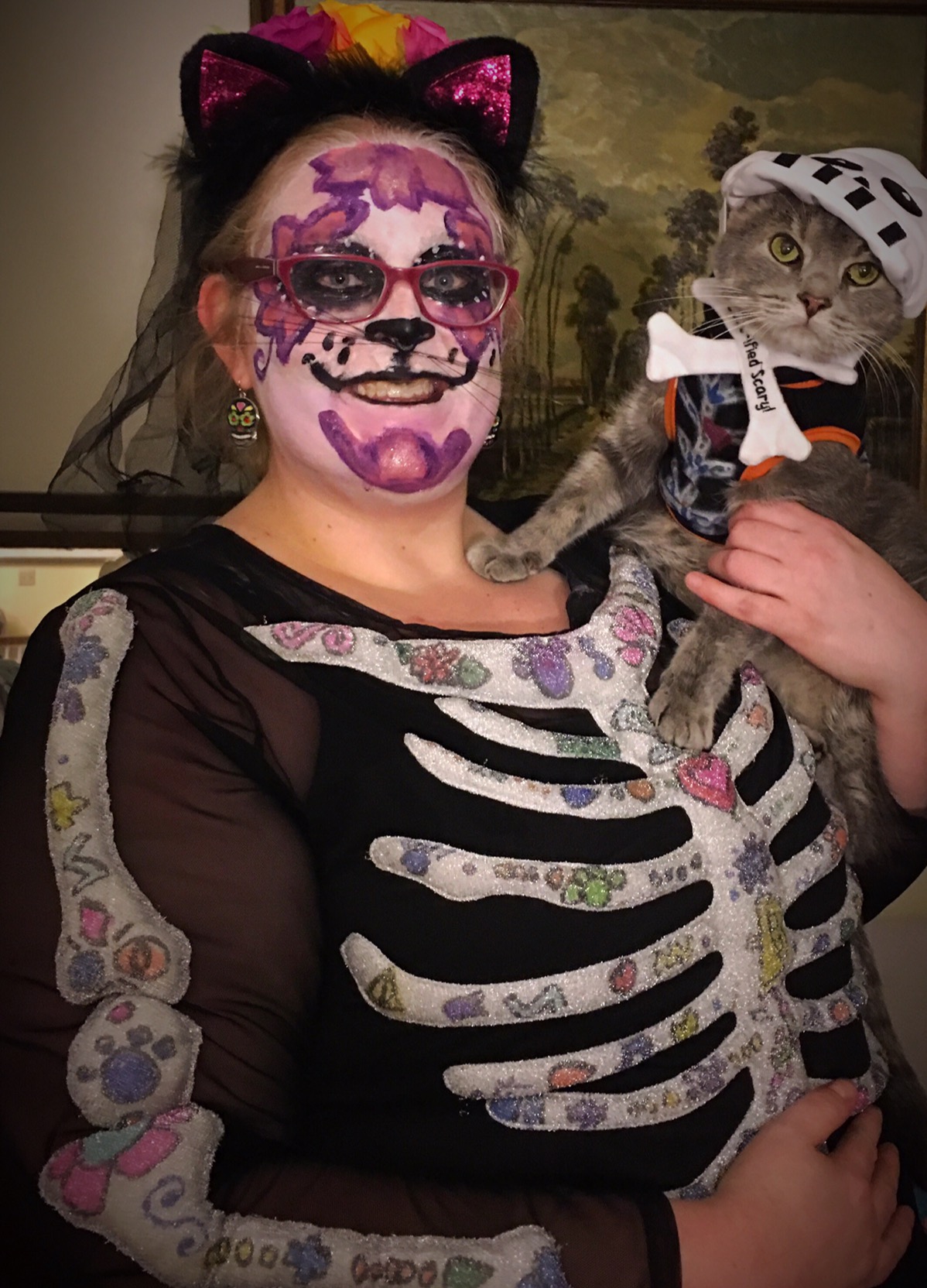 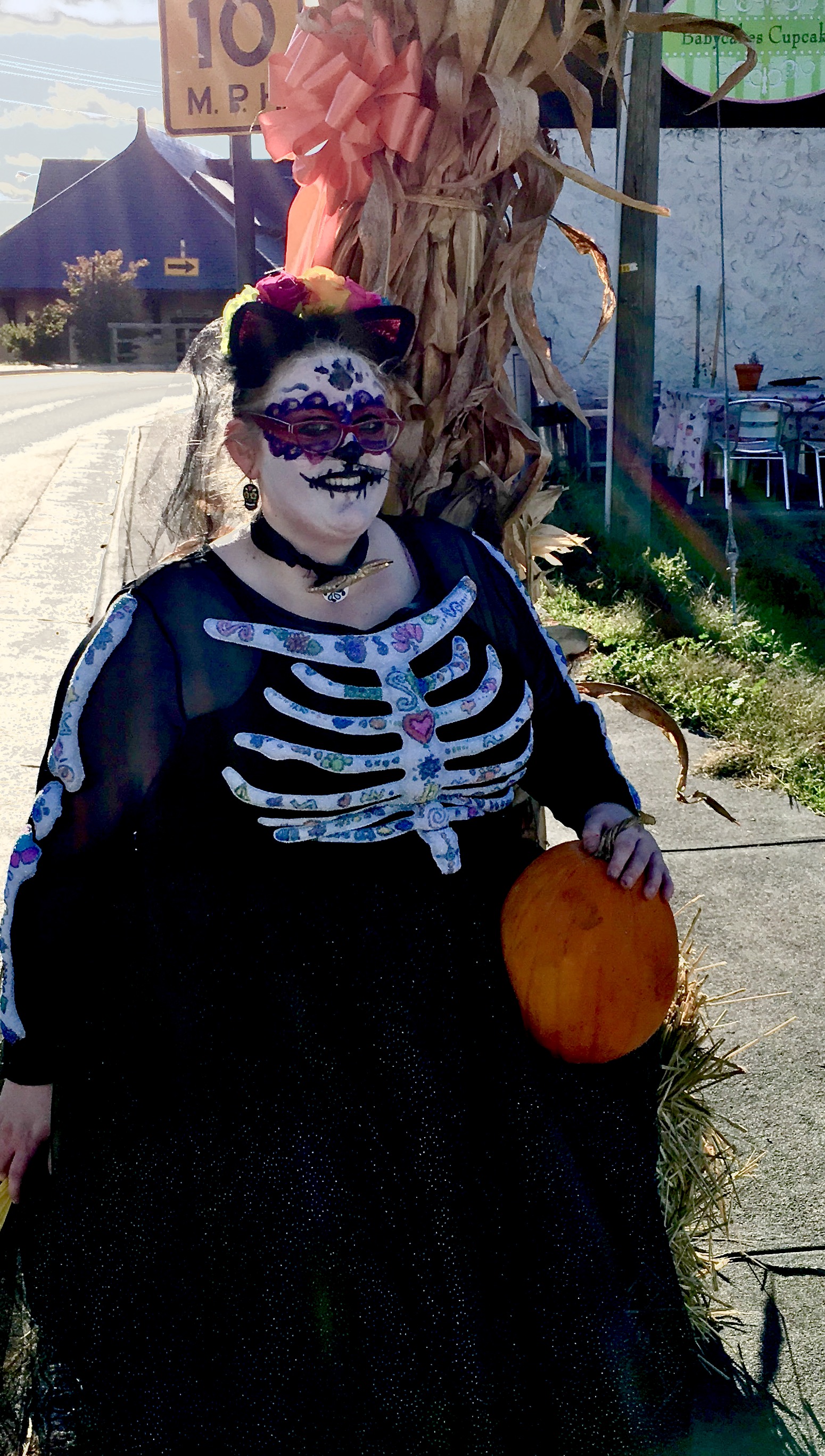