I made this Davy Jones costume for my 5 year old Asher. He loves everything pirates and has been wanting to be Davy Jones for a couple years now. I always put it off because an “Octopus Pirate” thats why. Even in the POTC movie they used CG..I was sure this was impossible. 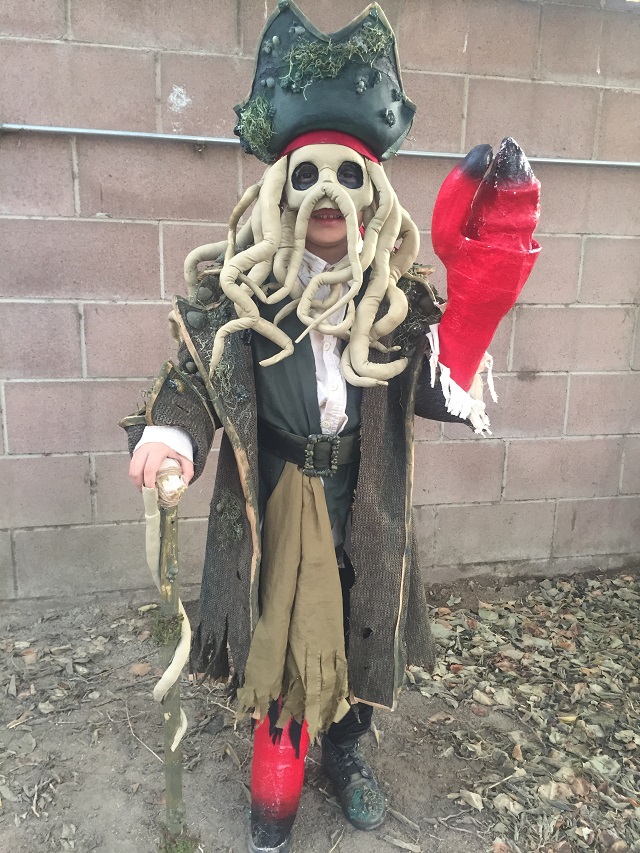 So this year when he collected seashells from a beach trip and told me they were for his costume..I just had to give it a try. So I started with the undershirt a long sleeve button up. I dyed it with coffee and cut it up. Then I used some old dress pants cut them up. I used some old boots, painted them and added moss, seashells, and styrofoam. Painted all those, one boot was more decorated then the other since he would have a peg leg. I found a belt with a buckle at the thrift store. Painted that and added seashells around the the buckle part.

Then the hat I found at a craft store, its a regular pirate hat made out of foam. I had to add foam and shape it to make it look more like Davy Jones. I painted that added the seashells, moss, styrofoam and bias tape all around the edges. The cain was an old witch broom I painted that added seashells, moss, and styrofoam. And my son really wanted the long finger. So I glued one tentacle around it, left the top of it open so he could stick his finger in and it would be his long finger. The peg leg and claw. I used cardboard, foam, tape and plaster strips. shaped it how I wanted it. Then let it dry. And spray painted them. The coat was made from scratch I found some upholstery fabric I had laying around. Sewed him a long coat added bias tape all around the edges. I painted it and cut if up to look old. 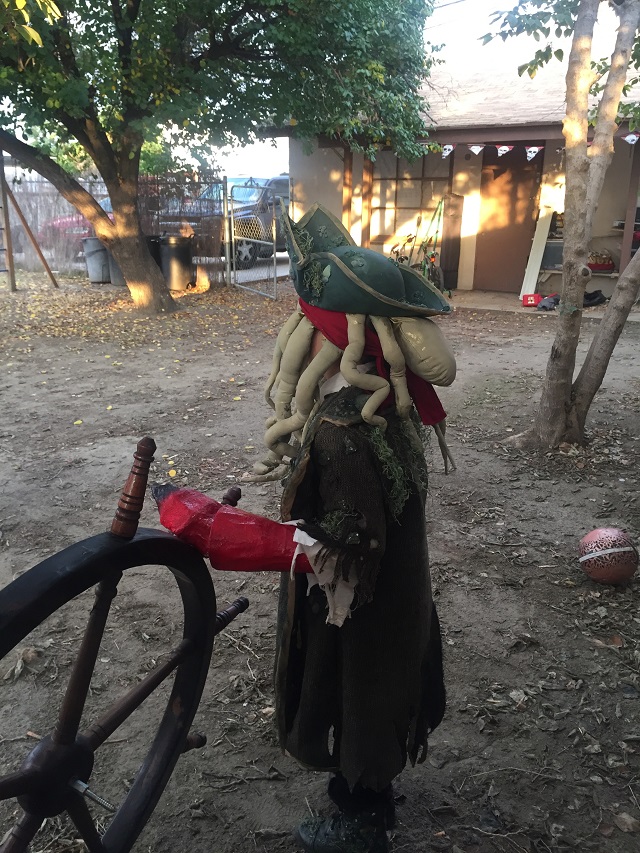 Then I added seashells, moss, and styrofoam and painted those. The tentacles, So these were made out of some stretchy latex cosplay fabric sewed all those stuffed them and added wire. On the mask part I got a dollar store skull mask and covered it in the same fabric of the tentacles. I sewed tentacles to the hat the bandana and to the mask. We painted his eyes black and Davy Jones came together..He didnt wear the mask for to long but he kept the bandana and hat on, and that had the tentacles so he still was recognized…Being recognized was a big deal for him. He never broke character. Everyone loved him. He was a happy guy. 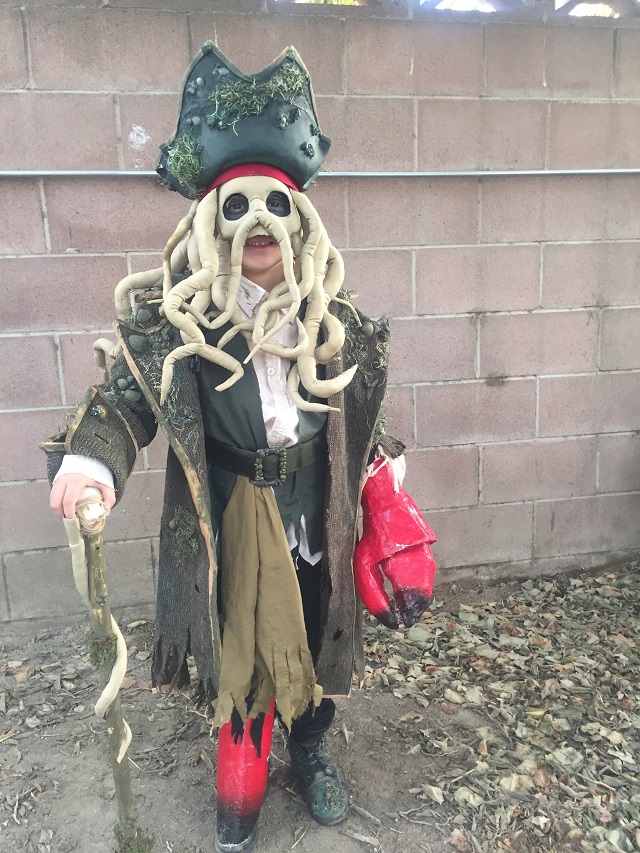