Castiel from the SPN series known as Supernatural. He’s an angel that appears in episode one of season four. While I am a female, I couldn’t help but to portray him as he should be. This outfit took nearly $400 dollars. Even though he is an angel, Castiel asks a human by the name of Jimmy Novak if he can use Jimmy’s body as a vessel. Upon receiving permission, Castiel enters Jimmy’s body and takes control of the human. 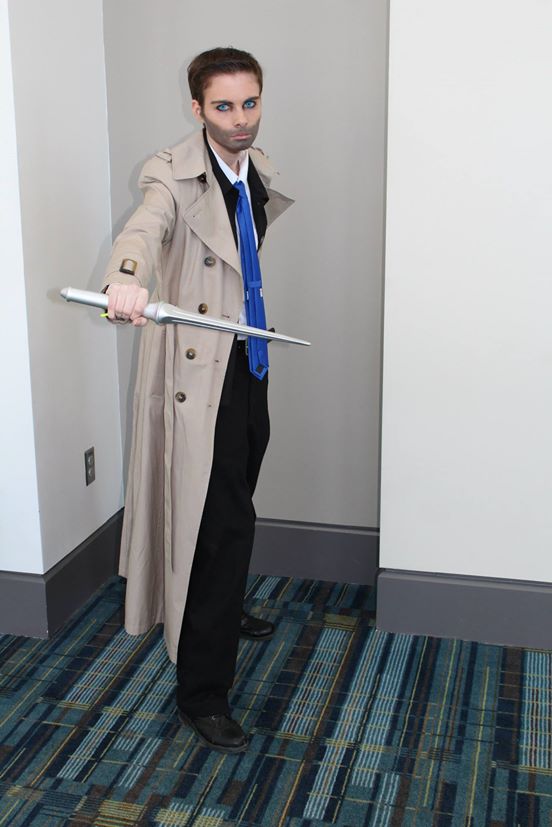 He’s capable of talking to other angels through ‘angel radio’. He helps hunters known as Dean and Sam Winchester to fight angels, demons, vampires, lycans and an array of other mythological creatures. He tries to help fight the Apocalypse and many other ongoing battles.

Castiel is very powerful and although he does die a couple of times, God brings him back so he can continue to fight along side the Winchesters. Supernatural is about to enter their twelfth season and Castiel is still involved as a main character.