The Pirates of the Caribbean ride at Disney World has always been my go-to attraction. Upon the success of the film franchise I decided to take a stab at creating my own swashbuckling Captain Jack Sparrow costume. Using found fabrics I sewed my own rendition of Johnny Depp’s costume. Everything from the layered belts, hand-created fingerless gloves, to the individually-made beads was a labor of love. I was studying at the Savannah College of Art and Design at the time of this costume’s creation and it was my ongoing fun side project. Showcasing it on Halloween night on the streets of Savannah Georgia was a blast; strangers took photos with me throughout the night and congratulated me for being able to pull-off guyliner. It was a bizarre personal victory, but one none the less. 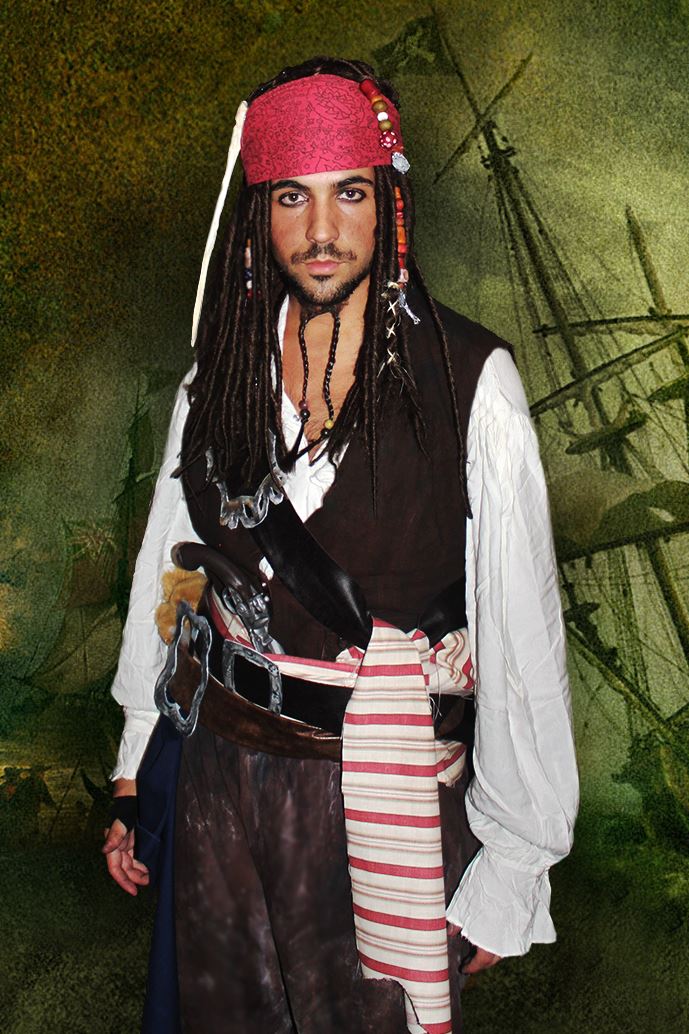 The old southern architecture and surroundings made for a fun setting for fairly authentic –looking photos which enhanced the overall takeaway. Years later, my costume was passed on to my tiny neighbor, seeing her use my materials to be a mini Jack Sparrow still warms my heart to this day, every time I look at the photos her mom sent me. She rocked it even better than I did. A pirate’s life for us. 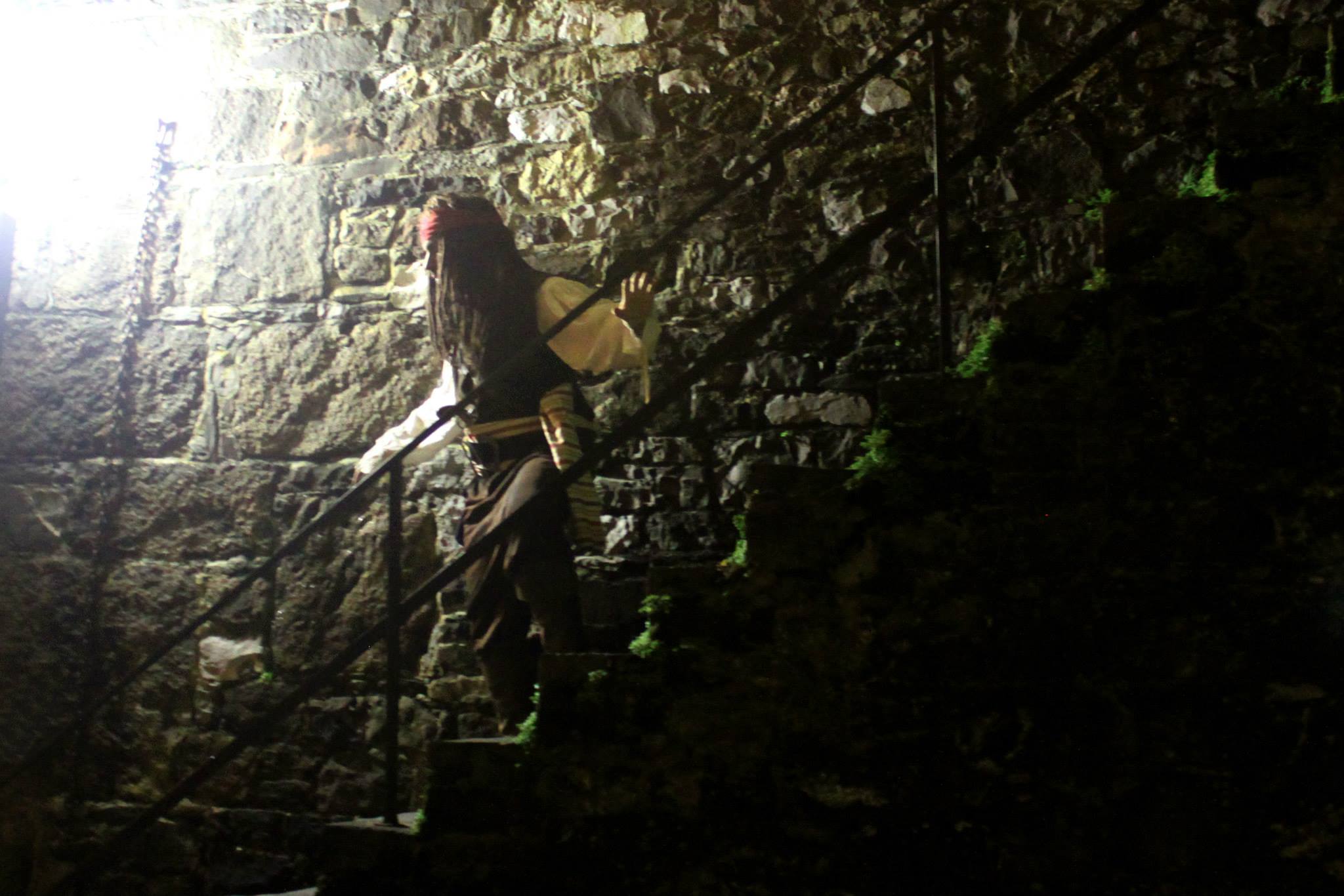 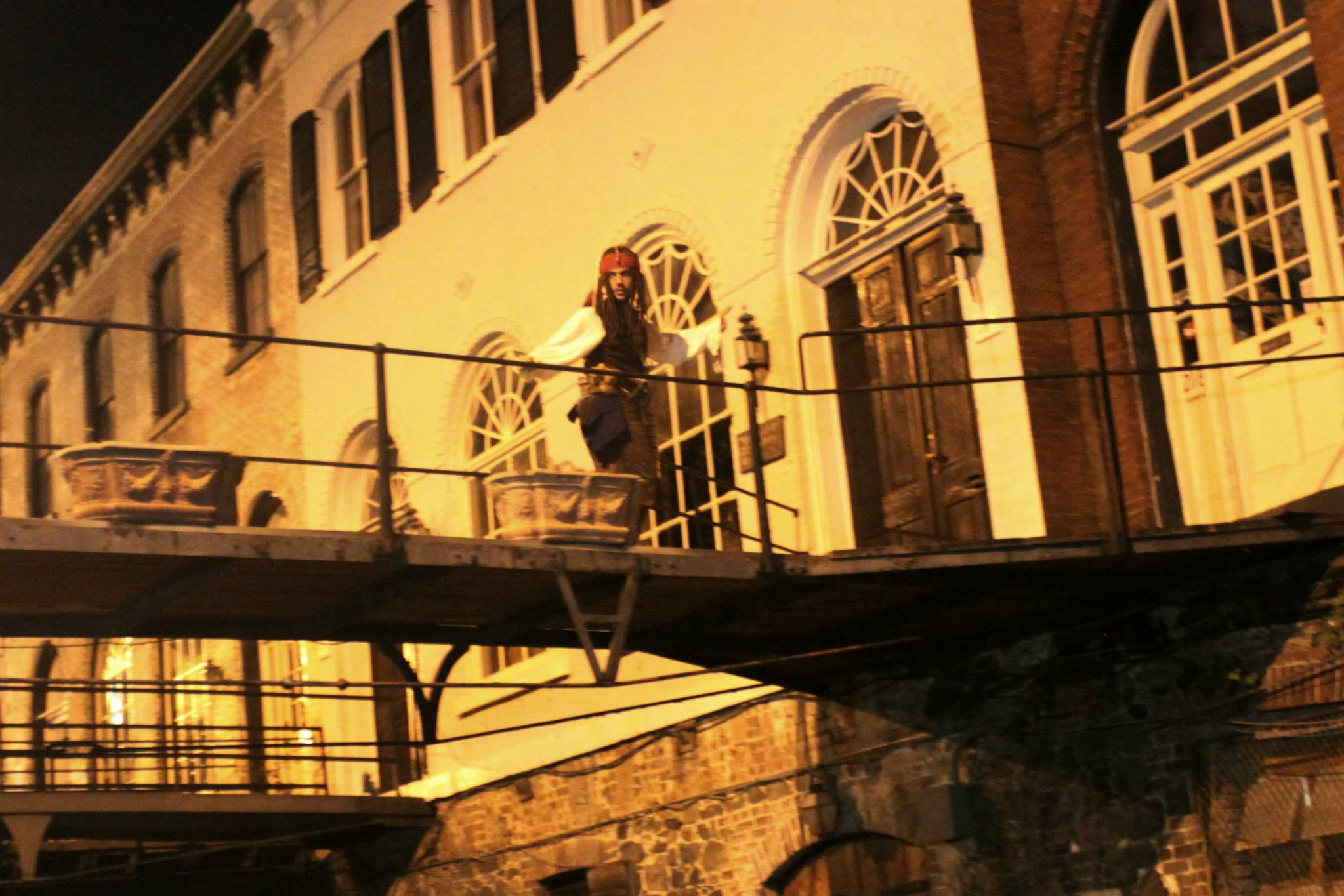 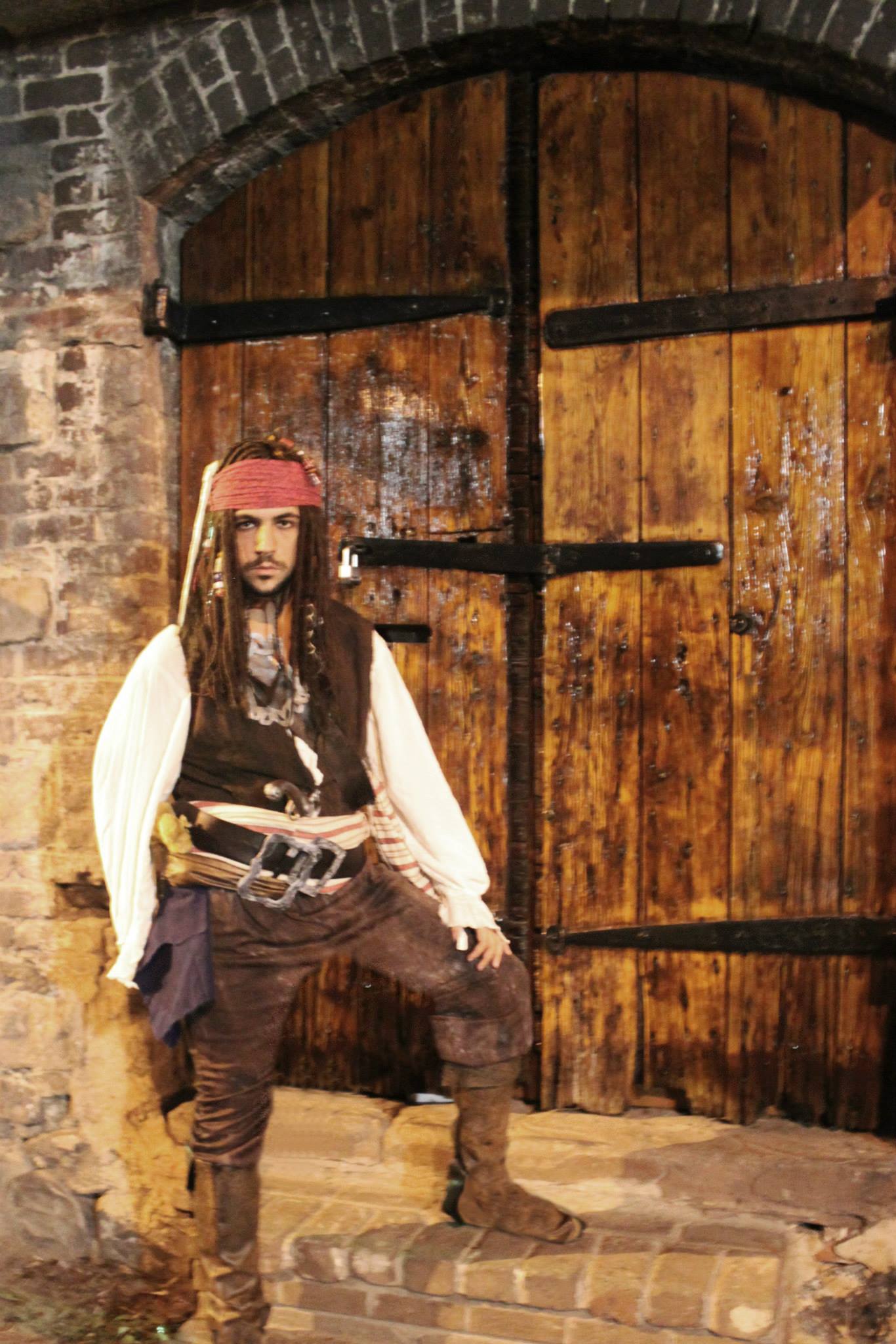 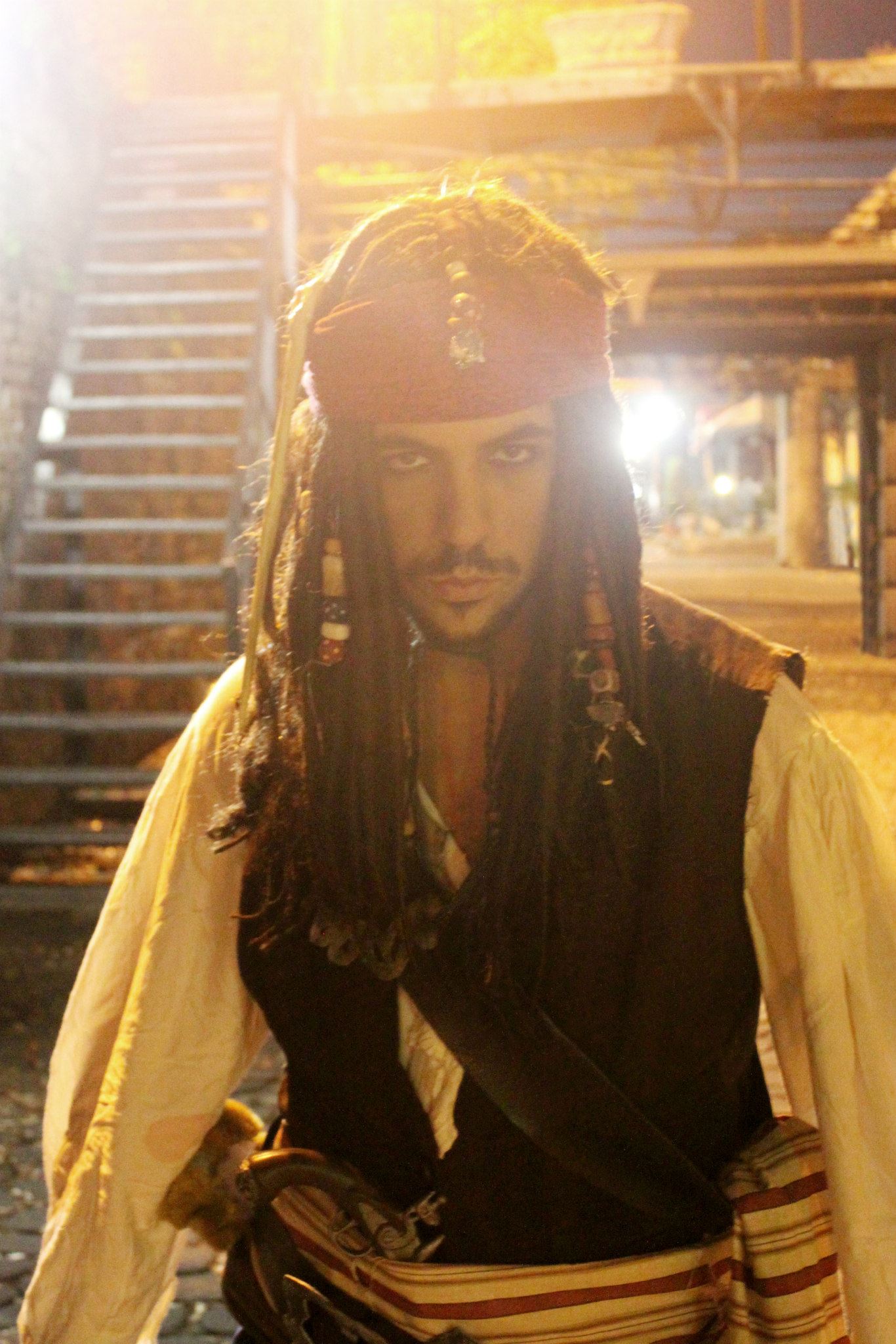