Many of the items were used with household items. Most of our clothes were items hiding in the back of the closet or thrift store finds that were modified for each character. The masks were made from cardboard, wire coat hangers, newspaper, and homemade paper mache clay…and many, many hours of lost sleep. “Beetlejuice”‘s wig was a thrift store find, it was originally a basic half black and half white wig that was painted and modified to look like Beetlejuice. His suit was an old suit that I painted the stripes on. “Lydia”‘s dress was a princess dress modified into the infamous red wedding dress. And my daughter’s hair is originally red, but after 3 cans of colored hair spray she became a brunette. My favorite accessory was the “Handbook For The Recently Deceased”, it was an old hardcover book modified with the correct book cover, but I hallowed out the book and glued the pages together and turned into a purse for my cell phone and keys because “Mrs. Maitland” didn’t have a purse or pockets in the movie! 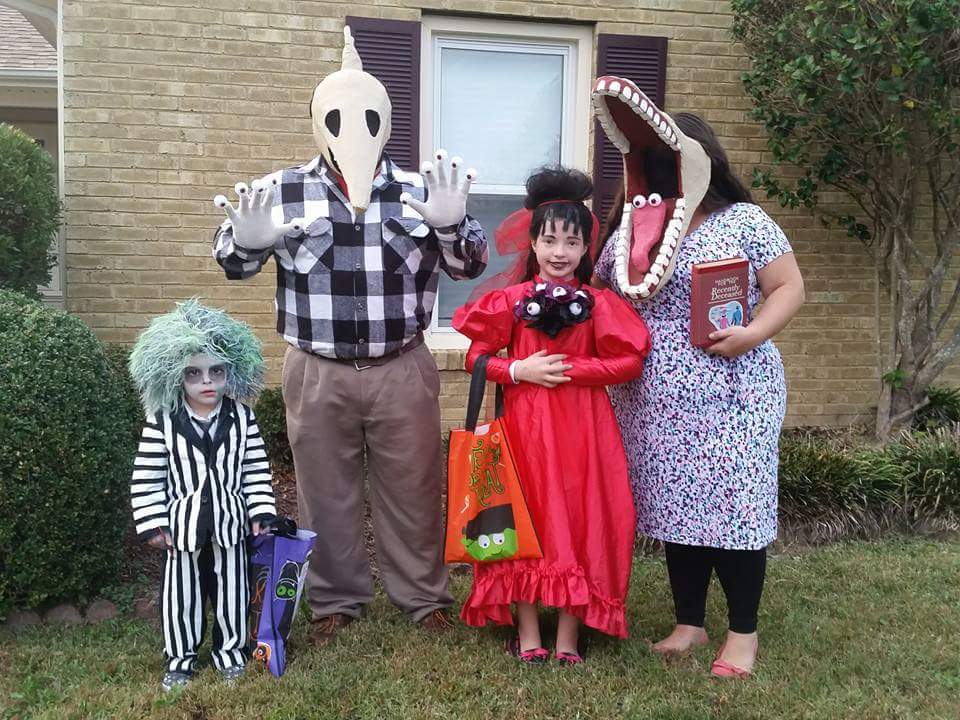