This is Greyson. Greyson is a dog-turned-teddy-bear! Greyson was adopted from the RSPCA back in November 2014. He wasn’t treated very well in the past as he came from a not so loving family. 🙁

In November, Greyson found his ‘forever home’! He celebrated his first Halloween last year dressed as a teddy bear ? ( a lot of people thought his face normally resembled a grizzly bear lol– although he’s not very scary!)

Greysons teddy bear costume was made out of an old teddy that was lying around the house, we cut around it’s face using scissors and took out the fluff. Greyson then poked his head through and turned into the cute little ‘Grey-Bear’ in this photo. ❤️ 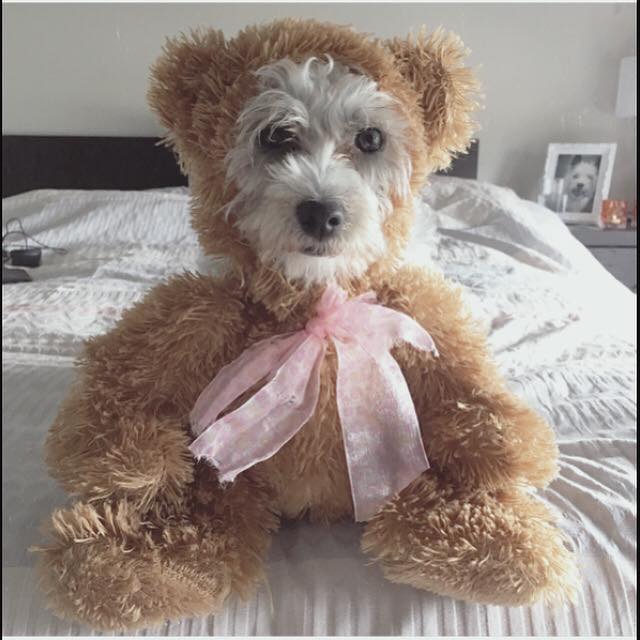