Moose the French Bulldog is wearing a Batman costume from Pet Threads. I added a beautiful chainmaille Batman bowtie made by Sheilah Burrows at Wirework Designs. The doggie drool is a late minute addition by Moose himself! 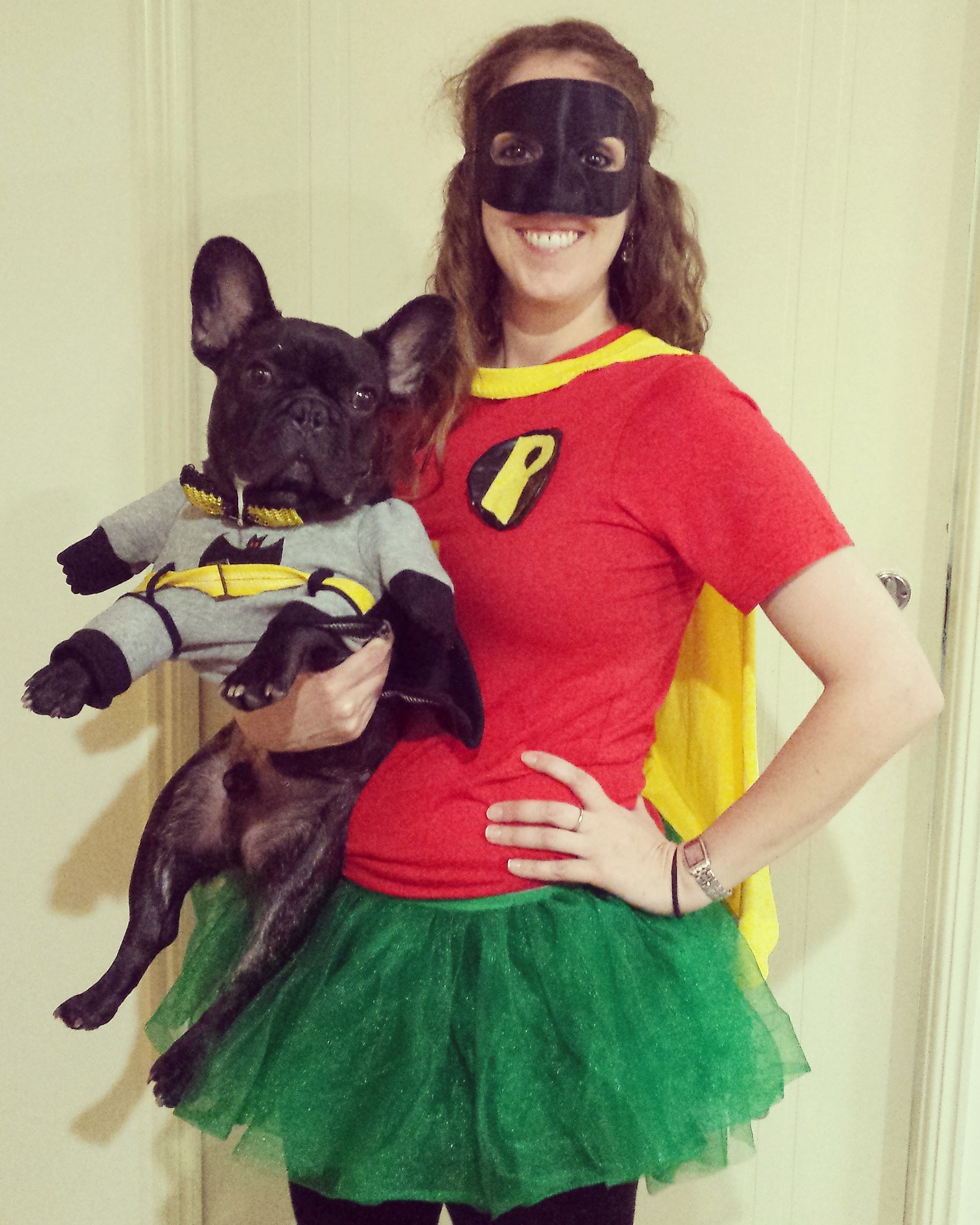 My Robin costume is homemade. I used a red tshirt with yellow electrical tape for Robin’s top and black electrical tape with a yellow handcut felt R. I used a yellow tshirt that I cut myself into a cape using a Pinterest tutorial and bought the green tutu and black mask. I used Batman and Robin as inspiration for our costumes this year as together we are a great duo that keep friends and children alike entertained! Just look at the puppy face and tell me you’re not in love!