This is our rescued pit bull Daddy in his AT-AT (All Terrain Armored Transport) costume! I picked the AT-AT costume because our family loves Star Wars and I love the AT-AT’s in the movies and I have always referred to them as “big doggies”. So when I came across the costume I had to get it and turn our “big doggy” into my own real life AT-AT. Who wouldn’t want their own AT-AT? Being that our guy is a pit bull it makes him a little bit like the AT-AT that exists in the Star Wars universe, he is big and tends to intimidate people (that’s not his intention though since he loves everything and everyone), they are strong and capable of transporting things. And don’t worry our AT-AT isn’t going to use his blasters against anyone because like I said he’s a friendly big doggy AT-AT. I guess that means this AT-AT doesn’t work for the dark side……Happy Halloween everyone!!! 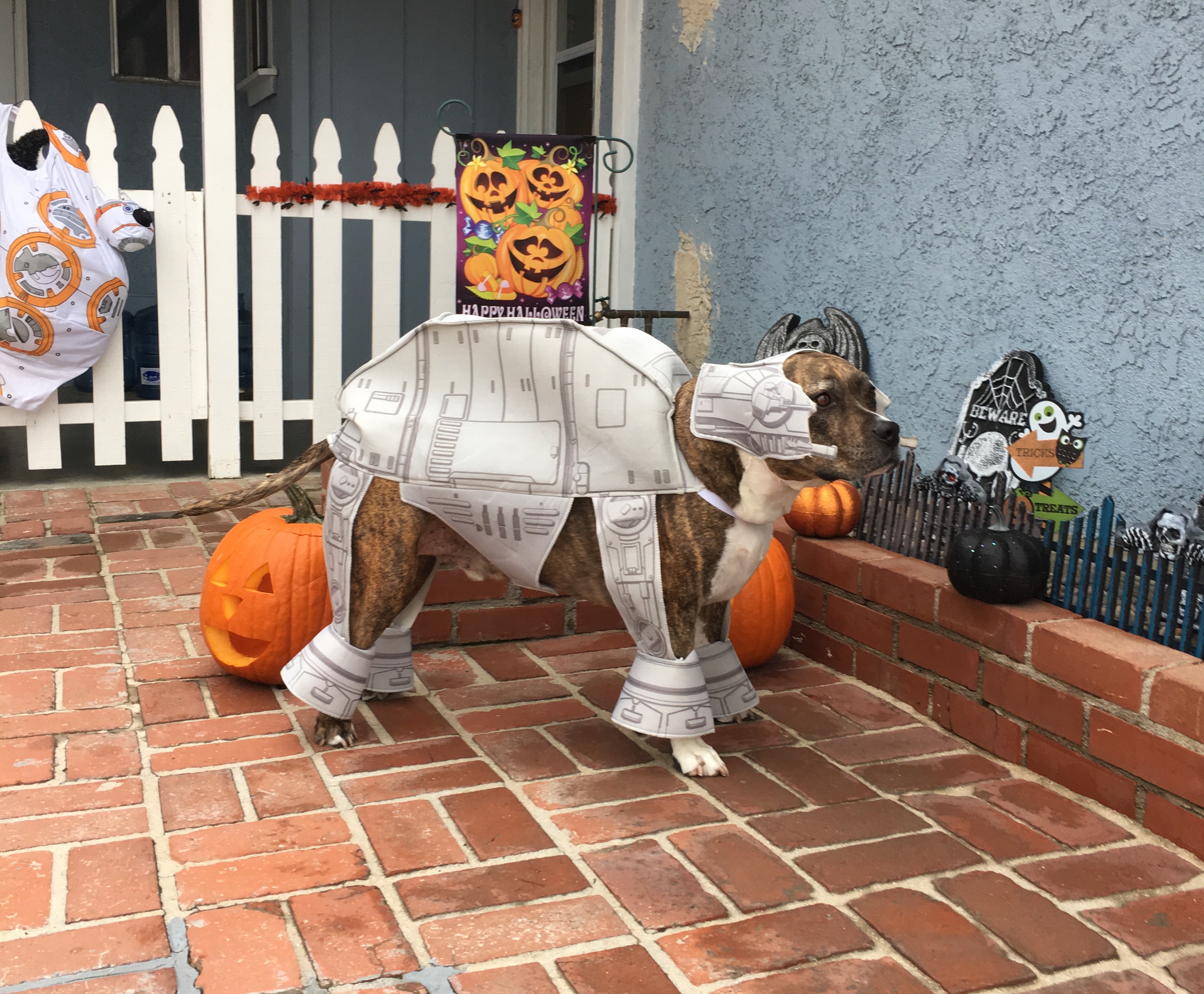